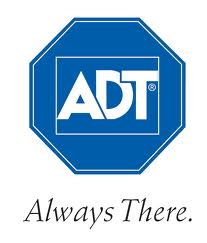 Walnut Creek, CA: An unfair business practices class action lawsuit has been filed in the United States District Court for the Central District of California against ADT, LLC d/b/a ADT Security Services ("ADT") on behalf of all consumers who purchased ADT home monitoring services.
The proposed class consists of two groups of consumers: (1) all current or former consumer subscribers of ADT who have been charged an early termination fee or are subject to being charged an early termination fee (also called an Early Termination Fee or Early Cancellation Fee, collectively "ETF", and comprising the "ETF class"); and (2) all current or former consumer subscribers of ADT whose rates were increased or are subject to increase by ADT without prior notice while in the initial contract period or during subsequent contractual extensions.

This class action is intended to redress ADT's wrongful practice of imposing early termination fees, the lynchpin of ADT's "never let them go" strategy. Early termination fees are unlawful penalties used simply as an anti-competitive device and do not compensate ADT for any true costs of breach. These penalties, which are unilaterally imposed by ADT ??" even when ADT fails to perform the services promised ??" also violate the consumer protection statutes of California and Illinois and similar laws nationwide.

The early termination penalty is extracted under circumstances which cannot be justified, when ADT has failed to perform the very services that form the basis of ADT's obligation. The penalty is also extracted from customers who contracted with ADT to simply monitor a system that was previously installed, requiring no equipment to be installed and resulting in a windfall to ADT upon termination. By charging the early termination fee ADT gets paid for years of monitoring without doing any monitoring to earn those fees.

In addition, Plaintiffs seek redress for ADT's pattern of unilaterally increasing alarm monitoring fees while consumers are under contract for lesser fees. These increases are implemented without adequate prior notice and without providing the appropriate and required disclosures necessary to ensure that customers consent to these increases in advance. ADT relies on small boilerplate text neither signed nor highlighted for customers to claim its "right" to unilaterally increase fees.

In addition, California residents who received restitution as a result of a settlement of similar charges against ADT made by the Contra Costa District Attorney's Office, may still be entitled to recovery under this lawsuit.

Plaintiffs are represented by L. Timothy Fisher of Bursor & Fisher, P.A. and the Law Office of Jana Eisinger PLLC.

Posted by
Rebecca White
on September 19, 2018
I recently moved from Kentucky to Ohio and I moved my ADT system with me to the new apartment because I was still under contract and could not cancel without having to pay $800.00 plus dollars. I was told that I could move the system without having to start a new contract. Installation day came and I was told that I had to sign a new contract and on top of that instead of canceling the old contract as I was promised, ADT put the amount of the old contract $800.00 plus dollars onto my new contract and is continuing to bill me for both contracts. I just recently discovered the sneaky action and I am seriously contemplating filing a class action regarding this practice of adding an old contract amount to a new contract amount without any notification to the consumer. I have contacted the Attorney General's office in Ohio for class action information against this practice.
Posted by
Kevin Scholl
on December 26, 2017
I was with them for almost 8 years and they tell me I have to pay a $475 ETF Fee? I am floored. I am moving and renting with no need for the service. They say I renewed the contract in a pile of paperwork I thought I was getting an equipment upgrade. They lost a customer for life.
Posted by
Michael
on November 17, 2016
They scammed my sister out of $500 for early termination fees. The service is horrible and they are con artists. Several complaints have been launched with Attorney Generals in several states.
Posted by
Lynnella hart
on February 3, 2016
I have adt adt alarm and have complained to them even up graded my system and my home is being burglarized im going to the police today
Posted by
Lee Ward
on November 29, 2015
I have had numerous problems with ADT service. They will not come out and repair the equipment and continue to bill me every other month for $179.00 for basic service and two cameras.
Posted by
California
on October 9, 2014
I recently received a letter from a collection agency listing ADT as their client. Attempting to collect $300+ from me for cancelling service. I ordered an install at my residence, but cancelled the installation and contract before the installation was performed. I never received a bill from ADT and was told at the time of cancellation that I would not be charged anything since I never received the service.
Posted by
New York
on July 12, 2014
I recieved the service as a gift and used it for two moths prior to moving. I canceled my services and was billed for an additional month without authorizing it, and was told that my etf was $137. The next time I called, I was told it was over $1,000.
Posted by
Washington
on May 3, 2014
I had their service without problems for almost 5 years. I moved last Sept. 2013 so moved my service. Then, they kept charging my credit card fees for both places, charged me more than I was told I'd have to pay and didn't give me a credit that the salesperson said they'd give me. I moved again in March and this time did not want to move my service, so now they are trying to make me pay a $583 termination fee. I've refused to pay and now they have sent it to a collection agency.