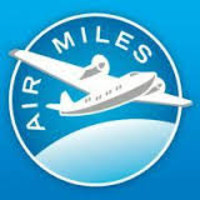 Calgary, AB: A consumer fraud class action lawsuit has been filed against the company that runs the Air Miles loyalty rewards program. According to the allegations, LoyaltyOne Co. made "unfair and unilateral" changes to the program's terms and conditions, including that miles earned before December 31, 2011 expire at the end of this year and miles collected after that date will expire five years after they are earned.
The complaint asserts that users were not given adequate notice of the changes and that the company has made it difficult for miles to be redeemed before their expiry.

"The net result is that Air Miles' conduct will result in a large number of the class members' miles expiring, resulting in a significant loss to the class, and a corresponding large windfall for Air Miles," the claim states.

According to the complaint, some 10 million Canadian households belong to the Air Miles program. The award miles are earned by shopping at participating retailers and are meant to be exchanged for flights and other rewards.

According to the claim, users wanting to redeem points before they expire have had problems doing so because of "unduly long" wait times on the phone. As well, it says the website displayed reward items users did not have enough miles to purchase, but not those that were within reach.

Plaintiffs are seeking certification of the suit, reinstatement of their Air Miles and possible financial compensation. Plaintiffs are represented by Andrew Wilson, a partner at JSS Barristers, the Calgary law

Posted by
Michael K. Thomson
on December 13, 2016
When me & my wife find out about the deadline or expiration date for our air miles points, we tried our best to call & confirm if its really true! As days & months started to come closer for December, since we cannot hold anyone to help for our dream rewards for cruising or going to Paris & dates is impossible to book the flight...then we decided to book our room whatever place our reward points will take & even New Jersey was the only place we can book our room, it leave us no choice but take it instead! What disappointing us most is the pressure to lose our rewards, feels us frustrated! Now they said there is no expiration date & when we tried to to make on line chat to cancel our room booking, well we're not allowed to cancel it! You people are piece of joke, for once you put us in a situation & leave us no choice from the pressure of expiration date, now our dream to travel to go in Paris is gone! How dare you people of doing this to us! All things can be avoided only if you act early than threatening us for unused rewards before December or we lose all our points! We saved this points so I can bring my family in Paris & you blew it because of your selfishness & unprofessionalism of your part...For sure I'm not the only person who the same experience forced to book a room even though they leave us no choice & our dream trip is gone by the wind!
Posted by
Ian P
on December 1, 2016
I have redeemed all my miles two days ago because of this unjust airmiles action. I know hear that they are not following through with the policy.
what can be done. I used all my miles because I was so pi%%% at them, and was going to get rid of there card.
I used up almost 10,000 on stuff I don't really want and will give as gifts.

Posted by
Jason dearborn
on November 30, 2016
Lets go after the assets and the directors assets. this is a fraud
Posted by
Robert Brandow
on November 21, 2016
Air Miles has 2 classes of points. "Dream" miles & "Cash" miles. Apparently your not permitted to switch Dream miles into Cash miles and thus the dream miles can't be redeemed for vouchers at participating vendors. Dream miles and Cash miles are earned in exactly the same way. I have over 13,000 Dream miles and wanted to cash them in for vouchers to buy a computer at Staples but couldn't cash them in. If they were Cash miles they would be worth over $1300. The division of miles into Dream & Cash miles is a recent programme instituted by Air Miles within the last 5 years and no warning about expiring miles was given at that time. In addition, I had a BMO Master Card Air Miles credit card. I could have had a Cash Back Master Card and received $ instead of Dreams
Posted by
Patricia Stulov
on September 26, 2016
As a long time customer of AirMiles pls include me in the lawsuit..
Posted by
VICTORIA YVONNE WILLIAMS
on September 25, 2016
I would like to join the class action lawsuit against Airmiles.