Allianz Life Insurance Company faced at least seven lawsuits regarding how the company marketed and sold deferred annuities to seniors. Plaintiffs have argued that Allianz targeted seniors when marketing annuities, even though the annuities were not suitable for many senior citizens. Furthermore, they allege that agents were offered larger than normal commissions as incentives to make sales. 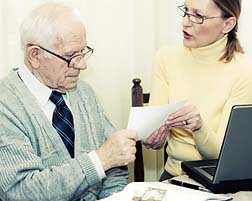 Lawsuits also allege that seniors were misled about the nature of annuities. Specifically, they say they were not told that the deferred annuities could tie up their money for up to 15 years, that cashing in their annuities early would result in a large penalty and that payments advertised as immediate bonuses were not payable for up to 15 years.

One such lawsuit was filed by Minnesota Attorney General Lori Swanson. Swanson's lawsuit alleged that Allianz agents, "lured seniors to attend 'estate planning' or 'wealth management' seminars," but that the real purpose of the seminars was to sell annuities to the seniors.

"Allianz and its agents aggressively marketed deferred annuities to seniors without regard to the suitability of the sale and without disclosing that seniors' limited savings could be tied up for years," Swanson said. According to Swanson's lawsuit, since 2000, Allianz had sold over 4,900 deferred annuities to Minnesota seniors over the age of 70, totaling almost $260 million.

In 2007, Allianz Life Insurance Company of North America said it had settled a lawsuit filed on behalf of 60,000 investors who alleged the company misled them about certain annuities, according to an article in the Minneapolis-St. Paul Star Tribune (October 3, 2007). The article noted that the insurer would offer investors payments based on how much money each individual investor had in an annuity on a certain date. Although Allianz did not estimate the cost of the lawsuit, the article estimates that it was in the tens of millions of dollars.

This settlement covered investors who purchased their annuities between December 1997 and October 2005 and were offered cash bonuses. Plaintiffs alleged that Allianz never actually paid out those cash bonuses.

Allianz has said that it did not intentionally mislead investors and the terms of its annuities are written in the sales documents.

Deferred annuities are insurance products that require a lump sum payment but do not pay out any money for a fixed term of years. Annuities provide purchasers with a monthly income for a future date, but are not usually appropriate for people over the age of 65 because their terms can be long. Essentially, the investor's money is locked in the annuity for up to 15 years and withdrawing the money before that time expires can result in hefty penalties.

If you were sold an inappropriate annuity product from Allianz Life Insurance, please fill in our form on the right to send your claim to a lawyer who will evaluate your claim at no cost or obligation.
Stay Informed
Get the latest on class action lawsuits, settlements & more! Subscribe to our free weekly newsletter.
Get our Newsletter!
Submit a New Complaint
Been wronged by a similar product or service?
Click here to send us your complaint.
RELATED NEWS

Posted by
L. Young
on August 5, 2019
I will be 87 years old in September. In 2003 when I was 70 years old, I was sold a Flexible Premium Deferred Annuity with the promise of a $43,000 (10%) bonus. I was not told that to get the bonus I would have to wait 10 years--and then annuitize the money over a period of 10 years! I was willing to wait 10 years to withdraw, but unless I annuitize the balance over a period of 10 years, I only would get the cash value without the bonus. I have never withdrawn any of it. I believe I should be able to withdraw the whole thing now without having to annuitize it. It makes over $100,000 difference! I did receive notice of a lawsuit, but didn't know if this was part of it or not. Someone told me about this site and told me I should check and find out. Can you help me? All I want is all of my money now. That could help my grandchildren pay on their student loans.
Posted by
Lacey MacPucci
on March 10, 2019
In 2008 Invested $100,000 in an Allianz Max 10 annuity today in 2019 the cash value is worth $90,000 yes after 11 years it is $10,000 less then what the original investment was. Selling agents are receiving 10% commissions and are targeting the elderly. All field agents need to be held liable for their action and Allianze needs to pay up! FILE FILE FILE charges against the selling agent and Allianz!
Posted by
christine lewert
on June 15, 2018
I have made several comments and complaints in the past year regarding being prompted and sold
3 annuities that were in no way explained to me.
The agent/broker advised and prompted me to do a transfer of the largest one, which incurred a 20K fee which he did not tell me about. I have learned that that transaction, took place about the time Allianz was involved in class action litigation, I understand the dates were 9/4/2012 and 12/22/2014. I was not notified of these happenings. I would respectfully request an answer to this note as I learn there were
hundreds of seniors misled and sold products that
were not suitable for their situation. I was sold deferred index annuities. I have no other holdings
nor have I withdrawn any money. I am 75 years old. Is there any action I can take? I must still work
partime. Respectfully, Christine L

Posted by
Cheryl H. Clemens
on October 4, 2016
I had received a notice years ago saying I was a member of this class as I had purchased a two-tier annuity from Alliance. I never heard any news from this suit. I recently began making my required withdrawals. I will never get my bonus money back obviously! Was I supposed to get some funds returned to me?
Posted by
Mary Manuel
on March 14, 2016
I have had a life insurance with this coI've had it with this company since 1992 and now they are saying that it was a life universal life insurance license an they want to raise my right rib and I have a problem with that so please if there's a lawyer that could help me on this case
Posted by
Washington
on September 29, 2008
When I was told I had a terminal disease I asked for my assets from Allianz, they told me I would recieve the check in 2 weeks. Two months of letters and delays on their part, I was sent not a check, but a check book from a bank that was holding my funds so I had to go thru yet another obstacle to get my money. They also lied about my payoff amount and penalties that would incurr.
Posted by
Indiana
on May 23, 2008
My Father recently passed and my Mother needs the money to live on. If she withdraws the money in the next 10-years she will lose 15% of their principle investment. This is a crime perpetrated on the elderly and Allianz should be forced out of business!!!!
Posted by
Louisiana
on April 13, 2008
Over $109,00 of my money is invested in this company only to find out that my insurance salesperson wasn't honest in givinf me details of penalty involved. If this practice of deception continues and I need money for emergency this could be fatal! I just signed my contract a week ago.
Posted by
Minnesota
on October 19, 2007
I am 68 years old, and have been diagnosed with Emphysema. My life has changed. I have a need to withdraw my money, so I can have a better living situation. I was told I would have to pay this huge amount of surrender charges, and I won't have access to my money for a long time, if I choose to take it out annually. I was not told this upfront, I was misled into making this unsuitable investment. Please help me!