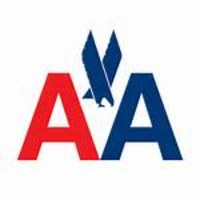 Santa Clara, CA: American Airlines is facing a consumer fraud class action lawsuit alleging the airline markets travel insurance as a pass-through charge paid to a third party but doesn't disclose its profits.
Filed by Kristian Zamber, the multi-million dollar complaint asserts American Airlines misled its customers about its interests in selling the insurance policies and that it aggressively marketed travel insurance sold through its website.

The suit is seeking class certification, a jury trial and injunctive and equitable relief for alleged unjust enrichment and violations of Florida's consumer protection statutes prohibiting companies from posing as revenue conduits.

According to the complaint, Zamber paid roughly $24 to purchase travel insurance in April for a domestic flight from Tampa to Pennsylvania. American Airlines stated the policy had no affiliation with the airline, but instead came from Allianz Global Assistance, with plans underwritten by Jefferson Insurance Co. or BCS Insurance Co. But in reality, the policy sales contributed to a "hidden profit center" for the Fort Worth, Texas-based airline, the complaint states.

The complaint goes on to claim the airline forces customers to choose whether or not to purchase trip insurance policies before allowing them to complete online ticket purchases.

"The 'yes' option is highlighted in bold type and placed above the box for 'no,' which does not appear in bold type. In the 'yes' section where a customer can purchase an insurance policy, American places a checkmark in bright-green typeface, followed immediately thereafter by the word 'recommended,' also in bright-green typeface," the complaint states. "Following the bright green checkmark and 'recommended' line, American includes a quote from U.S. News & World Report, Oct 2015, which reads, 'It's a smart idea to consider investing in travel insurance.'"

Plaintiffs are represented by Alec Schultz of León Cosgrove LLC in Coral Gables.

Posted by
Maria Gatti
on November 7, 2017
Last year I purchased RT tickets DCA /Los Cabos with insurance. Weeks prior to trip I canceled the trip due to a medical protocol. I did not get my insurance refunded not my airline tickets. It was useless. Recently I purchased a RT flight from Orbitz and the option to select or exclude trip insurance was missing so I got billed for travel insurance. Last week I called to cancel insurance Orbitz was unable to as I had exceeded the 10 day grace period.

Seeing how difficult it is to use I would never buy travel protection insurance.

Posted by
SIVA
on December 27, 2016
Today (12/27/2016) I noticed that during online booking, option to select or exclude trip insurance was missing and automatically issued trip insurance to my wife - even though we did not want it and did not get an oportunity to select or reject it while doing online booking. We had to call american airlines over phone and cancel it..