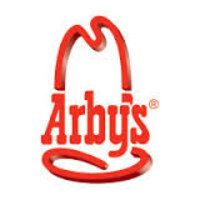 Santa Clara, CA: Arby’s is facing a data breach class action lawsuit filed by a couple who allege the restaurant negligently exposed thousands of customers’ credit card information through their point-of-sale (POS) computer system.
Specifically, the lawsuit asserts that named Plaintiffs Jacqueline and Joseph Weiss had thousands of dollars in unauthorized charges made on that credit card after using that same card at an Arby’s in Newington, CT, in November 2016. The plaintiffs claim despite being aware that hackers were targeting POS systems across the country, Arby’s failed to properly secure customer data.

According to the complaint, the couple had to cancel that credit card and resolve the unauthorized charges with their credit card company. They had to use alternative payment methods while they waited on a replacement card, missing out on card benefits like cash rebates and rewards points, the lawsuit states.

The plaintiffs state that Arby’s has confirmed that the location where the Weisses made their purchase was affected by the Arby’s data breach.

The plaintiffs claim that Arby’s failed to properly secure customers’ credit and debit card information, which resulted in the successful hacking of its POS terminals. The complaint states that the Arby’s data breach began in October 2016 when hackers installed malware on the Aloha POS computer system used at nearly 1,000 Arby’s corporate-owned restaurants.

The suit further asserts that Arby’s failed to notice the breach and that it continued undetected for nearly three months before the defendant was alerted to the hack by an outside business.

By that time, the hackers had accessed information of at least 355,000 credit and debit cards belonging to Arby’s customers, the complaint states.

The Weisses seek to represent a Class of plaintiffs consisting of all persons in the U.S. who, between October 20, 2016 and Januayr 12, 2017, made a credit or debit card purchase at any location affected by the Arby’s data breach.

Posted by
caroline Brezinski
on June 12, 2019
I have used Arbys to buy food with card many many times, how do I get added to the class action