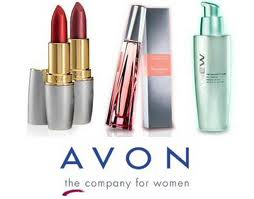 Washington, DC: A consumer fraud class action filed against Avon Products Inc, will be allowed to move forward, after a federal judge refused to throw out allegations that Avon lied to customers by claiming its products are "cruelty free."
"For years, Defendants marketed and advertised their companies and their cosmetic products as not being tested on animals, when in fact Defendants were testing their cosmetic products on animals so that they could sell products in China and other foreign countries, thereby reaping hundreds of millions of dollars in sales. Defendants later purported to disclose, at least on their websites, that they in fact were animal testing, but the disclosures were wholly inadequate and deceptive," the lawsuit states.

As a result of their claims of no animal testing, Avon, Estee Lauder and Mary Kay gained and held onto a spot on the much coveted "Do Not Test"list compiled by PETA. This list indicates which companies do not test products on live animals. Until recently, Estee Lauder, Avon and Mary Kay were among the largest mainstream corporations to be included on PETA' cruelty-free lists.

Specifically, the lawsuit states "As a result of being included on the list, as well as many similar lists, defendants enjoyed the support of PETA and millions of consumers who buy cosmetics only from companies that do not conduct animal testing."And "Hence, the commercial success of defendants' products during the class period was positively influenced by their direct representations regarding animal testing. Simply put, defendants reaped hundreds of millions of dollars in revenue from US consumers who otherwise would not have purchased defendants' products."

Filed in October, and entitled Marina Beltran et al. v. Avon Products Inc., Case No. 12-cv-02502, this amended class action lawsuit is the third filed against Avon, and has two new named plaintiffs that are alleging claims of fraud and violations of California' Unfair Competition Law and Consumer Legal Remedies Act. The Plaintiffs allege that Avon is required to disclose its animal testing practices.

US District Judge Cormac J. Carney ruled that the plaintiffs sufficiently pled their causes of action that Avon fraudulently concealed that it tests on animals.

The original consumer fraud class action against Avon that alleged animal testing was filed in March 2012 by five women who claim Avon and cosmetic companies Estee Lauder and Mary Kay defrauded American consumers by stating they don't test their products on animals even though they do for cosmetics sold in other countries.

Plaintiffs in the Avon consumer fraud class action lawsuit are seeking damages in excess of $100 million and a court order banning Avon from testing on animals. Plaintiffs are represented by Eagan Avenatti LLP and the X-Law Group PC.