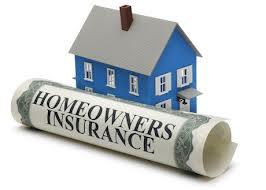 Charleston, WV: A bad faith insurance class action lawsuit has been filed against Beneficial West Virginia Inc, and Household Insurance Co, by two policy holders. Denzil and Cathy Shaw allege they are owed payments under the terms of their credit-disability insurance policy.
The Shaws state in the class action complaint that they submitted a claim to their insurer in October 2009, when Denzil shaw became permanently disabled. They had purchased the disability policy through Beneficial, and it was issued by Household Insurance. The lawsuit contends that the Shaw' policy states that if either of the plaintiffs become disabled during the mortgage term, their mortgage would be paid for a period up to 180 months. The lawsuit states that the Shaw' mortgage payments were paid through the policy until they received a letter stating the payments would stop in December 2012, which is in violation of the policy-stipulated 180 months.

The lawsuit claims that the defendants are in breach of contract, consumer credit and protection act, unfair claims settlement practices act, failure to disclose and first-party insurance bad faith.

Posted by
Debra Spriestersbach
on February 1, 2016
We purchased mortgage life insurance in 2004. We were notified in September 2015 that the policy was being cancelled effective Oct. 15th 2015, as Beneficial and Pavonia were cancelling all policies. We signed the contract with Beneficial and Household Insurance for up to 360 months. We wanted to sue for breach of contract and were told by two attorneys that they were within the letter of the law.