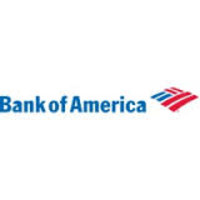 Chicago, ILL: A robocall class action lawsuit has been filed against Bank of America (BoFA) and Mercantile Adjustment Bureau (MAB), a debt collection service used by BoFA, alleging violations of the Telephone Consumer Protection Act (TCPA).
Specifically, the lawsuit, filed by Illinois resident Neal Preston, asserts BoFA made repeated, unauthorized calls using automatic telephone dialing systems after he wrote to the bank in January asking them to send future messages in the mail.

According to the complaint, BofA has a clause on its website informing its customers that they are authorizing the bank or its affiliates to contact them if they provide their contact information. Further, the clause stipulates that "you agree we may use automatic telephone dialing systems in connection with calls made to any telephone number you provide, even if the telephone number is assigned to a cellular or mobile telephone service or other service for which the called party is charged."

According to a Federal Communications Commission statement, cited in the proposed class action, consumers should be able to "revoke consent by any reasonable means." Preston asserts he rescinded his consent and therefore should get at least $500 per call in statutory damages under the TCPA.

"I am requesting that you stop contacting me by telephone and direct all future communications to me in writing at the above address," Preston wrote to the bank, the lawsuit states.

The case is Preston v. Bank of America, National Association et al., case number 1:17-cv-08237, in the U.S. District Court for the Northern District of Illinois.

Posted by
Madalina Danescu
on August 21, 2019
I have received many phone calls from Bank of America making false claims about accounts, soliciting business from me, etc and I want to be included in this suit