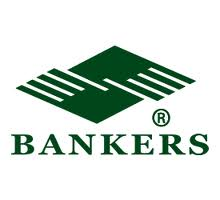 Portland Or: A bad faith insurance class action lawsuit has been filed against the Chicago-based insurance company Bankers Life and Casualty, alleging they are denying benefits to those who paid for long term health care insurance so they would have security in their old age.
The class action, alleging elder abuse, was filed in the US District Court in Portland by Law firms Williams Love O'Leary and Powers and Cauble and Williams, on behalf of four individuals (two harmed families) who have made claims as representatives of the class. The attorneys estimate there are hundreds, perhaps thousands, more elderly Oregonians and their families who could join the suit. The Oregon action is similar to other lawsuits against Bankers Life in other states.

Grants Pass resident Dennis Fallow, a plaintiff if the lawsuit, claims his mother has paid their premiums for years, counting on having support if she became ill. "That time came and all she got from Bankers Life was a cold shoulder, rejection and red tape. It was a total rip off," he said in a statement to the press.

Fallow' 79-year-old mother, Katherine Fallow, needed an in-home caregiver when she came home in 2009 following multiple hospitalizations. The family hired a caregiver certified as a home health aide by the State of Washington and an Oregon certified home health aide to care for Mrs. Fallow. Dennis Fallow began submitting the bills for that care to Bankers Life, anticipating payment under terms of his mother' policy. What followed were several months of wrangling over aides' qualifications, long delays in communications and denials of payments. Bankers Life eventually made payments in the amount of $11,388, far short of the $51,667 the family paid for Mrs. Fallow' care. Mrs. Fallow died on July 6, 2011.

In 2011, Grants Pass attorney Christopher Cauble filed a lawsuit against Bankers Life on behalf of the Fallows. He soon learned the Grants Pass family wasn't alone. "Bankers Life has likely refused long term health care benefits to many, many Oregonians,"Cauble told reporters. "I began hearing about other families with experiences similar to that of the Fallows. What we have in Bankers Life is a company with a history of raising premiums, delaying payments and denying legitimate claims."Cauble' findings prompted him to join with Portland attorney Mike Williams and his firm to file the federal class action against Bankers Life on behalf of all Oregon consumers.

The named representatives of the Oregon class action are Lorraine Bates a nd her husband Ehrman Bates, both of La Grande, Or; and Eileen Burk, of Sherwood, Or., and her son David Youngbluth, of Prineville, Or.

Posted by
Robin l
on December 19, 2016
My mother had given a representative of Banker Life a $30,000. 00 payment on her policy! This is something I had looked into and found they had no re odd of it, although they cashed the check and never issued a refund to my mother! The second issue was that my mother having diagnosed dementia had forgotten to pay her bills for a couple of months, which was when I had started taking care of her! In noticing this policy was one of the bills she hadn't paid a notice of cancellation was issued, which is how during my investigation I found this $30,000.00 payment! After contacting Bankers Life about the cancellation of the policy they stateted the only way for reinstatement was if the insured had a Dr. Verify her dementia! I had them send me a form for which I sent to my mothers treating Dr, he filled it out and I made a copy and then mailed it to them! After "carefully consideration" they decided that they could not reinstate the policy! I feel as though this company has taken advantage of my elderly mother and her condition at the time the policy was opened! Please help with any advice on what can be done!
Posted by
Bill H.
on January 14, 2016
For Norma Coon: You need to file a complaint with the Ohio Department of Insurance
https://insurance.ohio.gov/AboutODI/Pages/Contact.aspx

TDD Number: (614) 644-3745
In order to eliminate delays, please select the division that best relates to your issue.
Upon clicking on a division’s title, their phone number, fax number and email address will be provided.

Posted by
NORMA D COON
on January 10, 2016
I PURCHASED A POLICY FROM BANKERS LIFE AND CASUALTY COMPANY/TAX-QUALIFIED LONG-TERM CARE POLICY (I THOUGHT I GOT A LIFE INS POLICY W/LONG TERM CARE) 11/15/1998 IN OHIO WHILE AT MY MOTHERS FUNERAL AND TAKING CARE OF HER ESTATE. THE AGENT THAT DID 2 POLICYS FOR MOTHER (HER'S WERE LIFE INS) DID MY POLICY. I NEVER REREAD IT TILL I FILED FOR SERVICE. WHEN I READ IT THE ADDRESS HE PUT ON THE POLICY WAS MY MOTHERS ADDRESS IN OHIO AND HE KNEW I LIVED IN LAS VEGAS, NV. OF COURSE I WASNT AT MY BEST AT THE TIME.

I STARTED OUT PAYING $88.07 AND THE LAST PAYMENT I MADE WAS $159.69 FOR A TOTAL OF OVER $48,000. WHEN I COULDN'T GET ANY HELP I FINALLY ASK FOR THEM TO REIMBURSEMENT ME FOR THE $48,000. THEY SAID ONLY THE PORTION OF THE LAST PAYMENT WOULD BE REFUNDED,SO SINCE IT WAS LIKELY THAT I WOULD NEVER QUILIFY I CANCELLED AND HAVE BEEN TRYING TO FIND A CLASS ACTION SUIT THAT WOULD TAKE MY CLAIM. SO FAR NO LUCK.
IF I COULD HAVE RECEIVED THE MONEY I PAID IN I WOULD BE ABLE TO HIRE SOMEONE. I WILL BE 90 IN MARCH AND DISABLED.

Posted by
Robert R. Keady
on November 17, 2015
This a life issue. Bankers Life sent me a letter saying that my $75,000 policy lapsed. I did not receive any notification that I was in a. Grace period. They claimed they'd sent, but it was never received. They said I had to reinstate it, which I did, but that was turned down. I have been paying $725.00/month automatically from my bank account and always been on time.

Again, I was not informed that my policy until after it had lapsed. They said the cost of insurance had gone up on the phone when I questioned the lapse. This was the first I knew about.

If there is any suite in this area, I would be happy to join.