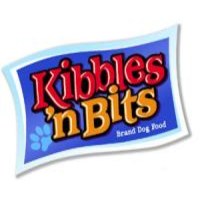 "Pentobarbital is a Class II controlled substance and there is no safe or set level for pentobarbital in pet food. If it is present, the food is adulterated," the complaint states.

Schirripa alleges in her complaint that she heard about the tests while listening to Washington, D.C.-based television station WJLA, which aired a report on February 8, claiming that tests at two laboratories had found pentobarbital in multiple varieties of Kibbles 'n Bits canned dog food.

The complaint asserts that the package labeling fails to mention the contamination and that Big Heart has put out statements claiming to have "strict" safety and quality control procedures, and that its food will be "pure, wholesome and safe for pets."

"Defendants' material omissions are false, misleading, and reasonably likely to deceive the public. This is true especially in light of the long-standing campaign by defendants to market all their products, including the contaminated dog food and 'providing safe, healthy and high-quality food' with the as healthy and safe with the 'purest ingredients,'" the lawsuit states.

In a voluntary recall of the products named in the complaint, Big Heart states the amount of drug found did not pose a danger to pets, Schirripa alleges. However, the defendant said the contamination had been traced back to cow, pig and chicken fat from a particular supplier, which it said it would not name due to potential litigation, and that it would now test its products for the drug and "enhance" its supplier oversight.

Schirripa is represented by Paul B. Maslo and Salvatore C. Badala of Napoli Shkolnik PLLCand Anne Andrews of Andrews & Thornton.

Posted by
Tasha Winstead
on June 28, 2019
i had a pit bull and every time she ate it she kept throwing up
Posted by
Lisa Glass
on May 14, 2019
My dog throws up every time she ate Kibbles and Bits. She also got very thirsty and would drink a big bowl of water then throw it up on the floor. She would get lethargic and her belly would grumble and made all kinds of sick noises and she just lay there and whimper. I stopped feeding Kibbles & Bits and she hasnt been sick since. She is a full blooded Rottweiler approx 90 lb age 8 yrs very energetic. my number 845-706-2370
Posted by
Christy Andrews
on April 21, 2019
My 2 dogs throw up after eating kindles n bits
Posted by
Regina Randolph
on February 20, 2019
This caused both my dogs to throw up for two days until I connected it to the kibbles n bits dog food. Thank goodness I did.
Posted by
carol green
on January 23, 2019
I fed my german shepard kibbles and bits dog food, He threw up several times. Each time I fed it to him.. the same reaction happened. I threw it out and only feed him Royal Canine
Posted by
Jo GRAF
on December 2, 2018
My dogs were effected by this Please add me
Posted by
Christopher Michael Waltermire
on November 28, 2018
I bought my dog the canned kibble n bits dog food this summer. He was gettin sick & was dry heaving alot he never did before. it went on like this for about a month than i changed his dog food too purina dry food and noticed after bout a week after he wasn't as sick and started to come around so I threw all my cans of kibble n bits in the trash my poor dog. hes happier today and doesn't ever throw up
Posted by
Jamye Mitchell
on October 22, 2018
I fed my dog this product and she developed a severe indigestion problem. I am interested in participating in this litigation. My contact information is as follows:

Posted by
Christy Rooker
on October 8, 2018
My dog started getting sick two days ago and only after I just bought a big bag of this dog food
Posted by
Ruthanne Kilheffer
on October 3, 2018
I had tried it once or twice and my back Russell threw up afterwards each time. Haven't bought it since!
Posted by
Virginia A Taylor
on April 15, 2018
my dog gets sick every time she ate kibbles and bits dog food. she also almost died due to a serious uteriius infection. she is a fufl blood boston terrier with papers. my phone number is 254 315 4288.
Posted by
enyaw frank
on March 26, 2018
my dog always get sick after eating this food