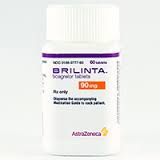 Los Angeles, CA: AstraZeneca is facing a lawsuit brought by scientists who allege consumer fraud on the part of the pharmaceutical company, specifically that it fudged the data in its late stage study of the blood thinner Brilinta. The allegations have led to a federal probe into the trial.
In 2013 AstraZeneca acknowledged the US Justice Department was investigating the Brilinta study but didn't go into detail as to what sparked the probe. According to The Wall Street Journal, the investigation may have been triggered by a complaint filed by Victor Serebruany accusing AstraZeneca of rigging the Brilinta study so that it appeared to outperform the competition.

According to The Journal, which reviewed court records of Dr. Serebruany' complaint and spoke with sources familiar with it, his allegations are similar to those that others have made against the study, which point out that almost half of the favorable results for Brilinta were drawn from just two countries, Hungary and Poland. Additionally, they allege that reporting of cardiovascular events in the study appeared to favor the investigator' drug, so much so that some possible cardiovascular events or deaths were deleted or softened.

Additional allegations in the US about the US portion of the trial claim that Brilinta did not perform as well as Plavix, the comparator drug. The study showed that Brilinita was associated with a 27% greater incidence of vascular deaths, heart attacks and stroke in that portion of the study. However, scientists at the Food and Drug Administration who reviewed the trial data decided that any problems with the adverse event reporting were probably too minor to affect the outcome of the trial.

Posted by
M'Linda E Rosol
on July 29, 2018
My dad is had a heart attack in January and they put him on Brilinta. He has been admitted to the hospital twice for GI Bleeds they say it is not the Brilinta. Each time he goes in he has to have blood transfusions. He cannot take Plavix because he breaks out in a rash.
Posted by
saulette omeke
on June 19, 2018
In April 2018, I was prescribed Brilinta 90 mgs as part of treatment plan before first procedure to repair (stint) brain anuerysm and continued for (I think) six months. After stint was put, I suffered a stroke and the Dr. had to go back in to repair.

In June 14, 2018, I went in the hospital for the second procedure (embolization) coiling of anuerysms and Dr was unable to complete this procedure due to a significant size blood clot in main artery. He (my doctor) had to call in a vascular neurologist doc and they took care clot. I woke up in the recovery and was then transferred to NICU for a day and half where I received physical therapy and complete stroke work up. Sometime during all this they (docs) stopped Brilinta and put me on Plavix.

June 18, 2018, before discharge the vascular neurologist (who was present during blood clot incident) stated that it's uncommon for an individual to suffer two strokes (1st April 2018 and 2nd June 2018) in such a short period.

The embolization to coil anueryms will be rescheduled for 6 weeks, sometime in mid to late July 2018.

Posted by
Kim Aromando
on October 2, 2017
My Husband was prescribed Brilinta after a heart attack over a year and a half ago. He was on Brilinta for over a year and a half as suggested by his cardiologist. He had Hemorrhagic stoke during a strenuous exercise. He suffers from side effects of the brain injury and we are unsure of the outcome as it just happened The neurosurgeon at at the Hospital said it was caused by brilinta.
Posted by
Kelly McNerney
on September 5, 2017
my fiance was prescribed Brilinta after a heart attack. He was on brilinta for one month and experienced a sudden onset cranial bleed. he was comatose for a month and has required extensive rehabilitation in the past year. He suffers from side effects of the brain injury and we are unsure to date if he will be able to work again. His neurosurgeon at Thomas Jefferson Hospital of Neurosciences in Philadelphia saved his life and told us specifically that his brain bleed was caused by brilinta.
Posted by
Jane
on April 30, 2016
My mother was prescribed Brilinta after having a heart attack in January of this year. After two months, she developed a severe rash with mulitple bruising and capillary rupture. I took her to ER. They wanted to admit her and consult with dermatology. Her diagnosis was acute inflammatory vasculitis. ER doc said her sed rate was very high. Still wating on results! Very frustrating, I think the whole problem is the brilinta, why can't they just stop it and put her on plavix? Has one one else every had severe rash and been diagnosed with acute inflammatory vasculitis with Brilinta use, thansk.
Posted by
Indiana
on November 22, 2014
I was prescribed Brilinta after a major heart attack last year. My cardiologist assured me this was a medication that was much more effective than Plavix. I was on Brilinta for a while, and wound up having another heart attack for the exact same artery that was clogged and opened with a stent the first time. The medication Brilinta gave me awful side effects like severe shortness of breath episodes, and even after telling this to my doctor, he insisted I stay on it since it was so much stronger. After my second heart attack, I have switched cardiologists and have been on Plavix instead of Brilinta and have no issues whatsoever. I recently had a heart cath with all arteries clear. The drug Brilinta was nowhere near stronger than Plavix, and could quite possibly be the reason I wound up having another heart attack that could have been prevented.