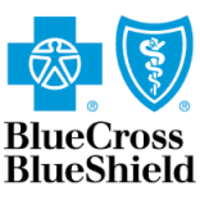 The lawsuit received class-action status in June, enabling patients whose claims were rejected under similar circumstances to join as plaintiffs.

According to the complaint, Blue Shield and Magellan Health Services of California, which handles the insurer’s mental health claims, developed criteria that violate accepted professional standards and the terms of the health plan itself. Further, the plaintiffs claim the defendants are in violation of the Employee Retirement Income Security Act, a federal law that regulates employee benefit plans. (Californiahealthline.org)

The class action alleges specifically, that the insurers authorized residential patients care only if less intensive treatment in the previous three months was unsuccessful. This “fail-first” approach is inconsistent with standards established by professional groups such as the American Psychiatric Association or the American Society of Addiction Medicine, the complaint states.

The plaintiffs seek to change Blue Shield’s and Magellan’s policies to be consistent with the law, generally accepted professional standards and the terms of its own plans, according to the lawsuit. Further, they seek to have the thousands of mental health and substance-use benefit denials reprocessed by the defendants.

If you or a loved one has suffered similar damages or injuries, please fill in our form on the right and your complaint will be sent to an insurance lawyer who may evaluate your claim at no cost or obligation.
Stay Informed
Get the latest on class action lawsuits, settlements & more! Subscribe to our free weekly newsletter.
Get our Newsletter!
Submit a New Complaint
Been wronged by a similar product or service?
Click here to send us your complaint.

Posted by
Susan Bowdoin
on September 10, 2017
BlueCross BlueShield of Illinois denied me too. There was never is papers filed thru the court and they just took a paper that the attorney filled out . Only HR or Mr. Fleming is allowed to fill out that paperwork and it must be filed with the court. Mr. Jeremy Trapp was Mr. Fleming's Attorney. I have hugh Hospital costs and Dr.'s bills. They will not pay. The paper states that they do not provide Cobra, nor the ability for me to stay on The insurance. Both are lies. I spoke with the insurance Company before the divorce. My Attorney was suppose to have Judge Hollars add the insurance. But I have been so sick and hospitalized 3 times since the divorce and suffer from PTSD, and Anxiety Attacks, and depression, also have 8 auto immune diseases. One is life threatening.