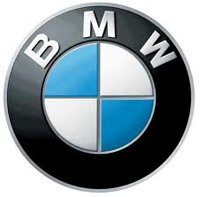 Washington, DC: BMW has issued a recall of certain model year 2004-2010 5 series, model year 2004-2010 6 series, model year 2006-2010 M5, and model year 2007-2010 M6 vehicles.
The insulated bulkhead connector for the positive battery cable may have been incorrectly attached to the trunk floor panel, which can lead to a loosening of the bolt connection. As it loosens, an increase in electrical resistance at this cable connection is possible and could cause the cable connection to overheat. The problem could result in the electrical system malfunctioning, the vehicle failing to start and, in some cases, charring or fire, the press release continued.

According to the National Highway Traffic Safety Administration, BMW will notify its customers about the recall in writing.

Roughly 1.3 million cars worldwide are affected, with about 367,000 BMWs affected in the U.S.

Posted by
Marcia D Jones
on January 6, 2016
I have a 2004 BMW 225I Series. I bought the vehicle used in 2012. I checked and this vehicle bulkhead connector has never been looked at. Please help. Thank You