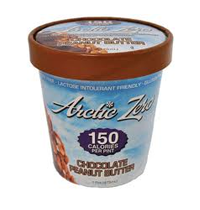 Los Angeles, CA: A consumer fraud class action lawsuit has been filed against Arctic Zero claiming its frozen desserts have 46% to 68% more calories than advertised.
The lawsuit, entitled Brenda Freeman v. Arctic Zero, Inc., Case No. 12-cv-2279 L BGS, US District, Southern District of California, alleges the company deceptively labels and markets its frozen treats as having only "150 calories per pint."However, the frozen desserts contain up to 68% more calories than advertised based on findings from recent independent laboratory tests performed by EMSL Analytical, Inc. The deserts include Arctic Zero Chocolate Peanut Butter, and Arctic Zero Vanilla Maple which has 46% more calories than the 150 calories prominently advertised on the front of the product packaging as well as on its nutritional label, the class action lawsuit states.

The Arctic Zero class action lawsuits are seeking to represent a proposed class of all U.S. persons who, since 2009, purchased any Arctic Zero frozen desserts advertised as containing 150 calories per pint or less. They're seeking damages and restitution for Class Members as well as an injunction barring Arctic Zero from continuing to falsely advertise the calorie content of their products. Plaintiffs are respresented by Bursor & Fisher, P.A.