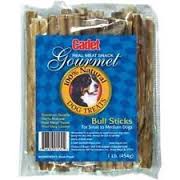 Los Angeles,CA: A dog treats manufacturer is facing a consumer fraud class action lawsuit alleging it sold products containing duck jerky imported from China that caused dogs to become sick or die. The lawsuit alleges the company, IMS Trading Corp, aka IMS Pet Industries, is in violation of the New Jersey Consumer Fraud Act, and is guilty of unjust enrichment as they falsely assured consumers through the product packaging that the treats were healthy for dogs. Several unnamed companies involved in the manufacture and sale of the dog treats are also named as defendants in the lawsuit.
Lead plaintiff, Marie Dopico, who owns several small dogs, alleges her dogs nearly died after she fed them Cadet duck jerky dog treats she bought in October from a ShopRite grocery store in New Jersey. She claims she had to pay veterinary expenses and other related costs to save her dogs' lives.

The proposed lawsuit claims that there could be thousands of plaintiffs, as other consumers in New Jersey and across the US have suffered similar damages as a result of defendants' conduct. The putative class and subclass includes consumers who, up to six years prior to the January filing of the lawsuit, purchased IMS dog treats and whose dogs got sick or died as a result of consuming the allegedly unhealthy and dangerous treats.

According to the lawsuit, the packaging for IMS' dog treats allegedly states the products do not contain artificial colors, additives, fillers or by-products. The packaging also states that the treats are "healthy and natural treats with only the finest ingredients." The same claims are found on the company's website, the plaintiffs allege.

The lawsuit states that in November 2011, the US Food and Drug Administration issued warnings stating that dogs can become ill after eating treats containing duck jerky made in China. The agency has said that more than 3,600 dogs in the US have become ill after eating Chinese jerky treats. This information was not fully disclosed on the company' website, plaintiffs allege, and they accuse the defendants of hiding the warnings to increase or maintain sales.

"No reasonable person would feed dog treats to their dogs knowing that there was a substantial risk of death or illness from doing so," the lawsuit states. "Dog owners consider their pets to be members of the family, and become very distressed when their dogs pass away or become seriously ill."

Posted by
Andris Blaus
on January 23, 2016
The last 4 bags of cadet retriever rolls we purchased have given our dogs severe diarrhea. Please contact me