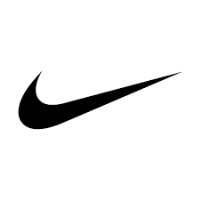 Santa Clara, CA: Nike is facing a California labor law action lawsuit for allegedly making their retail employees purchase Nike clothing from their personal funds, as a condition of employment.
Filed by Nike store employee Omran Hamid, the suit alleges unlawful collection or receipt of wages due and illegal terms of employment.

Specifically, the suit alleges Nike required Hamid and other class members to not only buy the clothing but pay income tax on roughly 50 percent of the retail value of the uniforms, which Nike failed to reimburse. Employees were also required to don their Nike-branded clothing during work hours and had to maintain “an up-to-date apparel of each seasons’ product line,” the complaint states.

“Plaintiffs are manipulated to become walking advertisements of the store exemplifying the athlete image defendants want to portray to their customers at the expense of requiring plaintiffs to bear the cost of the uniforms,” the suit states. “Plaintiffs are minimum wage earners, yet, are required to purchase the uniforms an average of four times a year and on an ongoing basis and pay taxation on their value,” the complaint states.

Hamid also asserts that paying tax on the Nike apparel, caused their wages to fall below the required state or local minimum wage for each pay period in which the uniforms were purchased.

Additionally, Nike is accused of failing to provide itemized wage statements, failure to inform employees of the amount of paid sick leave for which they are eligible as well as the amount of time off they would receive in lieu of sick leave.

The proposed class action seeks to represent all current and former non-exempt Nike store employees, who worked in Nike retail outlets in California during the past four years.

Hamid is represented by Natalie Mirzayan. The case is Omran Hamid v. Nike Retail Services Inc., case number 8:17-cv-00600, in the U.S. District Court for the Central District of California.