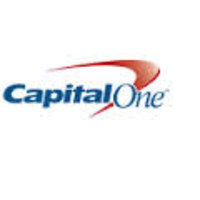 San Francisco, CA: A class action lawsuit has been filed against Capital One Auto Finance Inc. by a woman who alleges the company ran a credit report on her just weeks after she had a debt with the lender discharged through bankruptcy.
Filed by Ophelia Augustine, of San Diego, the lawsuit alleges Capital One submitted an unauthorized account review credit inquiry to Experian just weeks after Augustine’s debt and account with the lender was closed. She is alleging violation of the Fair Credit Reporting Act.

“Plaintiff did not conduct any business nor incur any additional financial obligations to defendant for which defendant needed to inquire into plaintiff’s credit worthiness,” the complaint states.

In her complaint, the plaintiff states that she purchased a vehicle using financing from Capital One in August 2013. However, in June 2017 she filed for Chapter 7 bankruptcy. A bankruptcy court notified Capital One of the bankruptcy the following month, and in October 2017, Augustine received an order of discharge that included her debt with Capital One. The order, sent to Capital One two days after Augustine received it, stipulated that the debt had been eliminated, that Augustine was no longer personally liable for the debt and that her account was closed, she alleges.

Augustine also asserts that Capital One did not make any filings with the court to declare the debt was nondischargeable and the two parties never made a reaffirmation agreement. Nonetheless, Capital One obtained Augustine’s credit report using an account review inquiry to Experian in late October, weeks after Augustine’s discharge order had been disseminated, the complaint states. “There was no account to review so an ‘account review’ inquiry was not a permissible purpose,” the complaint states.

The plaintiff is seeking certification of a class of individuals who are US residents and who had their consumer credit reports similarly obtained by Capital One, that is through an unauthorized inquiry within the past five years from the credit reporting agencies Transunion, Equifax or Experian, in which the debt of the account had been discharged, the account was closed with a zero balance or the account had been sold or transferred to a third party.

Augustine is represented by Abbas Kazerounian of Kazerounian Law Group APC. The case is Augustine v. Capital One Auto Finance Inc., case number 3:18-cv-00511 in the U.S. District Court for the Southern District of California.

Posted by
Frances Handrick
on July 7, 2018
Yes, Capital One is very hard, company, very hard on some customers such as myself. I go to the bank to make my payments in cash, they don't let me use a debt card. I try to open a account with them, they found some fault. I hope some day, they will come up with wisdom to help and not harm people!
Posted by
Vickey Marsh
on March 27, 2018
Yes they over charged me