15 class action lawsuits have been filed in district courts around the U.S. against United Airlines, American Airlines, British Airways, Air France-KLM, Lufthansa, and others for overcharging cargo fees. 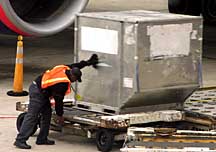 Various corporations have filed these lawsuits complaining that the airlines conspired to impose and raise fuel and security surcharges on cargo shipped to and from the U.S. since 2000. For over six years, these airlines have charged thousands of dollars in additional and increased shipping surcharges. It is alleged that the airlines created a global scheme to fix fuel and security surcharges and used the 9/11/01 terrorist attacks as an excuse for coordinating price increases.

Complaints arose when businesses began to notice a trend of similar surcharge rates across all carriers verses competitive rates used to secure business in the past.

Price fixing (agreeing to impose certain costs and surcharges) and price gouging (charging a price that is higher than what is fair given current circumstances) can both be considered illegal in U.S. civil court. To investigate this international issue, the U.S. Justice Department, FBI, European Commission, and other Asian country agencies have been working together.

One class action lawsuit was filed in February 2006 by Fleurchem Inc. against nine international carriers across Europe, Asia, and Scandinavia. The suit claims these large cargo airlines violated antitrust laws and conspired to raising and/or fixing air cargo surcharges.

Greedy Airline Cargo Carriers
The list of airlines under investigation in air cargo price fixing just gets longer. According to the European Commission (EU) more than 16 airlines have been requested to provide information about possible agreements on surcharges by the carriers to offset some external costs.

FEB-19-06: Cargo industry under investigation for alleged price fixing. [
Stay Informed
Get the latest on class action lawsuits, settlements & more! Subscribe to our free weekly newsletter.
Get our Newsletter!
Submit a New Complaint
Been wronged by a similar product or service?
Click here to send us your complaint.