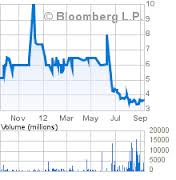 The lawsuit, which was filed in the United States District Court for the Southern District of Florida, alleges that between June 21, 2012 and September 10, 2012 Chanticleer issued false and misleading public statements that caused its common stock and Units to trade at artificially inflated prices.

Specifically, the complaint alleges Chanticleer falsely told investors during that time that its South African operations had been audited. On September 10, 2012, the Company disclosed that, in fact, the audits had not been performed and trading of its stock was halted on the news.

If you have suffered from financial losses, you may qualify for damages or remedies that may be awarded in a possible Chanticleer Holdings Inc, securities class action lawsuit. Please fill in our form on the right to submit your complaint for a free evaluation.