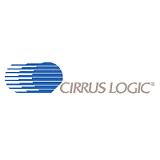 New York NY: A securities class action lawsuit has been commenced in the United States District Court for the Southern District of New York on behalf of all persons or entities who purchased the common stock of Cirrus Logic, Inc. ("Cirrus" or the "Company") between July 31, 2012 and October 31, 2012 (the "Class Period"). The complaint charges Cirrus and certain of its officers and directors with violations of the Securities Exchange Act of 1934. Cirrus develops high-precision, analog and mixed-signal integrated circuits ("ICs") for a broad range of audio and energy markets, including consumer and commercial audio, automotive entertainment, and targeted industrial and energy-related applications.

The complaint alleges that during the Class Period, defendants issued materially false and misleading statements regarding the Company's financial performance and future prospects. According to the complaint, the true facts, which were known or recklessly disregarded by each of the defendants but concealed from the investing public during the Class Period, were as follows: (i) Cirrus's dependence on Apple, Inc. (its biggest customer) for revenues was increasing rather than diminishing; (ii) Cirrus's sales growth was falling rather than increasing; (iii) difficulties in Cirrus's supply chain and at its vendors were increasing costs and diminishing the Company's profit margins going forward; (iv) the launch of several models of Cirrus's new LED lighting had been delayed; and (v) as a result, defendants knew Cirrus's increased fiscal 2013 guidance was not attainable.

According to the complaint, on October 31, 2012, after the close of trading, Cirrus shocked the market by issuing significantly lower guidance for fiscal 2013 than the market had been led to expect, modeling revenues to be down 15% sequentially for its 2013 fourth quarter. In response to the Company's announcement, the complaint alleges that the price of Cirrus stock fell precipitously.

If you have suffered from financial losses, you may qualify for damages or remedies that may be awarded in a possible Cirrus Logic Inc, securities class action lawsuit. Please fill in our form on the right to submit your complaint for a free evaluation.