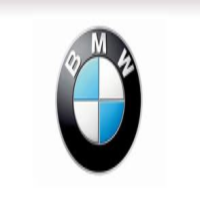 Santa Clara, CA: BMW is facing a national defective automotive class action lawsuit for alleged defects in the electric BMW i3 vehicles.
The lawsuit centers around the BMW i3 "Range Extender" feature. This option, called REx, outfits the vehicle with a two-cylinder gasoline engine producing 34 horsepower that switches on when the battery charge depletes to five percent, giving the vehicle another 70 miles of range. BMW claims that the Range Extender "doubles your electric driving range" from the vehicle's standard 81-mile range.

However, the lawsuit alleges that in practice, when the gasoline engine kicks in, it doesn't produce enough power to prevent a dramatic decrease in the vehicle's performance. As alleged, if the car is under any kind of significant load (such as going up a hill, or loaded with passengers), the speed of the car will dramatically decrease as the battery charge diminishes. According to the complaint, this can result in the car slowing to speeds of 45 miles per hour on the freeway, without warning. This sudden and unexpected loss of power in a motor vehicle can result in a catastrophic situation for all those on the road.

The lawsuit seeks to have the vehicles redesigned and repaired at BMW's expense, and to halt the sale of all i3 vehicles until repairs can be made. The claim also seeks compensation for all the owners of the vehicles, who were not told of the serious safety defect.

Sudden Loss of Acceleration in BMW i3 Vehicles Legal Help

Posted by
Kim Dommert
on December 29, 2016
I own a 2011 BMW 328 i and my car has sudden lose of acceleration. My car was almost involved in a collision due to my car losing power to accelerate!!!! This is dangerous!!!! Someone is going to get killed!!!!
Posted by
Morrisa Robinson
on September 13, 2016
I have a 2011 BMW 335i that I purchased the in November 2015. I have made several complaints about issues with the car.and one is lost of power. But I was always told the car the is fine by the BMW center. I recently had the car check again because the engine light kept coming on and again the car had lost of power. I was told it needed a tuneup and fuel system clean.