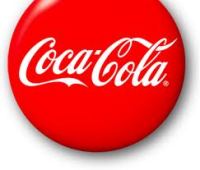 New York, NY: Coca-Cola is facing a consumer fraud class action lawsuit over allegation it misrepresents Coke as being free from artificial flavors and preservatives. According to the proposed lawsuit, the third such consumer fraud class action filed against Coca-Cola, Coke contains phosphoric acid, which is a chemical preservative and artificial flavoring. The lawsuit also claims that certain Coca-Cola containers "contain the affirmative statement that there are 'no artificial flavors, no preservatives added,' which, the plaintiffs claim, is false.
The lawsuit contends that Coca-Cola has failed to disclose on its packaging and containers that Coke contains phosphoric acid. According to the Food Drug & Cosmetic Act and the Sherman Law, disclosure of a product ingredient that is an artificial flavoring or a chemical preservative must be made.

The lawsuit, entitled Ayanna Nobles and Julia Hughes v. Coca-Cola Refreshments USA Inc., et al., Case No. 13-cv-5017 in the Northern District of California, alleges that because phosphoric acid is being used to add flavor to Coke, it should be classified as artificial flavoring. It is "artificial" because it is not derived from a spice, fruit, vegetable, edible yeast, herb, bark, bud, root, leaf, meat, fish, poultry, eggs, dairy products or fermentation products, the lawsuit states. Similarly, because phosphoric acid is also being used to prevent the drink from spoiling it is technically a chemical preservative.