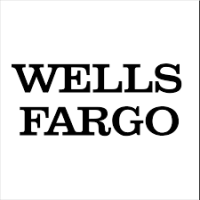 Los Angeles, CA: Wells Fargo Bank is facing an unfair business practices class action lawsuit over allegations it doesn’t refund unused fees customers are charged for a service to prepay debt cancellation on outstanding car loans when a customer’s car is wrecked.
According to the complaint, which names 15 plaintiffs, Wells Fargo is legally required to refund the fees when its guaranteed asset protection (GAP) insurance service is cancelled due to an early termination of the underlying loan or repossession of the vehicle. However, the plaintiffs allege Wells Fargo requires written notice of cancellation before they will issue a refund.

“Instead of refunding the unearned GAP fees or at least notifying consumers they are entitled to a refund, Wells Fargo sits back and keeps the funds for itself knowing full well that consumers are usually unaware or forget they are entitled to refund of the unused portion of their prepaid GAP fees when they have paid off their loan early or had their vehicle repossessed,” the complaint states. “As a result, Wells Fargo is unjustly enriched because it keeps these unearned GAP fees for itself at the expense of the consumer.”

According to the complaint, the contractual provision in Wells Fargo’s GAP agreement requiring written notice of cancellation makes no sense because as the lender, Wells Fargo, “already knows full well” that the GAP has been nullified by the loan termination or repossession. It is the party terminating the loan or repossessing the vehicle.

The plaintiffs state in their complaint that in 2017 Wells Fargo admitted to the practice in filings with the US Securities and Exchange Commission. The class also cites a response by the defendant to August news reports on the issue that said the company was conducting a review and had already “begun making improvements to the GAP refund process.”

But named plaintiffs, who all claim Wells Fargo owes them refunds ranging from $24.49 to $634.35, allege the bank has so far failed to reimburse them, and therefore Wells Fargo and its subsidiaries Wells Fargo Dealer Services Inc. and Wells Fargo & Company have breached contracts and violated nine different states’ consumer protection laws.

The class is estimated to number in the tens of thousands.

Posted by
Barbara
on March 11, 2018
Is this just for the State of CA. I lives in North Carolina