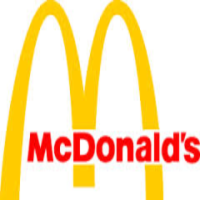 Santa Clara, CA: A Chicago McDonald’s franchisee is facing a consumer fraud class action lawsuit filed by a customer who alleges the restaurant is charging 41 cents more for the two cheeseburger “Extra Value Meal” than what it would cost if customers ordered all the items in the meal separately.
McDonald’s Extra Value Meal consists of two burgers, fries and a drink, and cost the plaintiff, James Gertie, $5.90 per meal, in Des Plaines and Niles, Illinois. These two McDonald’s restaurants are part of a chain of more than 10 such restaurants owned and operated by the Karis Group, according to the complaint.

According to Gertie, he purchased a Two Cheeseburger Meal from at least five of Karis’ McDonald’s restaurants in Des Plaines and Niles from Oct. 14 to Nov. 13. Each time Gertie was charged $5.90 for the meal, the complaint states.

Gertie alleges in the suit that posted menu prices indicated the restaurants would have sold Gertie and other customers two cheeseburgers for $2.50, a medium order of French fries for $1.99 and a medium soft drink for $1, for a total of $5.49. That’s a difference of 41 cents less than the posted price for the Extra Value Meal, according to the lawsuit.

“Defendant, the operator of several McDonald’s restaurants, advertised for sale a food combination designated as an ‘Extra Value Meal’ but the combination actually costs more than if each item were bought separately, thus making it no ‘value’ at all, let alone an ‘extra value,’” the lawsuit states

The lawsuit asks the court to award plaintiffs the amount they were overcharged, as well as asking the defendants to repay all overcharges. The lawsuit further requests punitive damages and attorney’s fees.

Gertie is represented in the action by attorneys Paul F. Markoff and Karl G. Leinberger, of Markoff Leinberger LLC, of Chicago.

Do the math and order it the right way

Posted by
Laura Balcita
on December 22, 2016
I am always getting charged 15 cents for each sauce I ask for. I thought sauces were free. I always knew this was not right.