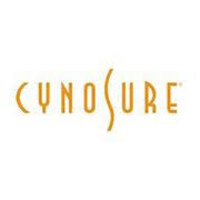 Boston, MASS: A consumer fraud class action lawsuit has been filed against Cynosure Inc, alleging the claims it made regarding its SculpSure machine, marketed to help patients lose up to 24 percent fat in just one treatment, are false and misleading.
According to the proposed lawsuit, filed by a group of aesthetic medical centers and medical spas including Plastic Surgery Associates S.C., Infinity Spa Orlando LLC and others, the body contouring system is "effectively useless."

The complaint details claims made by Cynosure to purchasers of its SculpSure Non-Invasive Body Contouring Platform. Specifically, the plaintiffs asserts that as part of an "aggressive campaign" to get practices to purchase the relevant nearly $200,000 machine, Cynosure has made "uniform material misrepresentations regarding the key attributes" of the device, which the company markets as a way to reduce fat in a patient's midsection through laser technology.

Cynosure has claimed that patients need no pain medicine or anesthesia because SculpSure is "virtually painless," and that the procedure can be done "hands free" without a physician needing to be present, according to the complaint.

According to the clinics’ filing, SculpSure "seldom achieves results in patients after multiple treatments — much less so with just the single procedure Cynosure claimed would suffice." They allege physicians have to increase the power to such a high level just to "even have a chance at achieving results." The complaint also alleges that the procedure causes patients "intolerable pain," and the treating physicians have to remain nearby during the entire procedure in order to monitor patients' comfort as a result.

"The situation has left practices in an impossible position," the complaint states. "They have spent hundreds of thousands of dollars on a machine that does not work as Cynosure represented. At the same time, they lack the ability to recoup that cost; practices cannot continue to recommend a cosmetic procedure to their patients knowing that it is likely to involve several painful treatments, but unlikely to be effective."