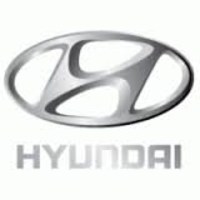 Santa Clara, CA: Hyundai is facing a defective automotive class action lawsuit over allegations its power steering systems in certain vehicles can unexpectedly become difficult of impossible to steer, and that Hyundai willfully concealed the defect from consumers.
Filed in California, by Houston Vinci and Jaehan Ku, the complaint asserts that the defect severely inhibits drivers' ability to react to or avoid other cars, pedestrians and obstacles. The affected vehicles are model years 2013-2016 Accents and Elantras. According to the lawsuit, the alleged defect results from conflicting steering wheel input data that causes power steering to turn off.

The suit states that a similar defect had resulted in earlier models being recalled in April 2016. That recall involved 2011 model year Sonatas built between 2009 and 2010. The NHTSA said the cars were vulnerable to a loss of electronic power steering if a circuit board inside the drive assembly malfunctions or is damaged.

"A reasonable customer who purchases a vehicle that advertises power steering as a feature expects that feature to function properly," the complaint states. "A reasonable consumer further expects and assumes that defendant will not sell vehicles with known safety defects, and will disclose any such defect to their customers."

According to the lawsuit, Vinci, a resident of Oregon, bought a used 2013 Accent in June 2015. Since then, she has experienced repeated problems with steering in that vehicle. Despite taking it to Hyundai's dealers for repairs, so far, the problem has not been fixed, she alleges. In January 2016, the power steering defect caused her to crash, the lawsuit states.

Ku, also a resident of Oregon, bought a new 2014 Elantra in March of that year. According to the lawsuit, Ku spent two years as a truck driver in the South Korean military. In May 2016, the steering wheel in his Elantra locked up and his car veered sharply to the left. At the same time the brakes and he was unable to stop before crashing into the barrier on the side of the highway. A camera Ku had installed in the car captured the incident on video.

According to the lawsuit, numerous similar complaints have been made to the National Highway Traffic Safety Administration. As of June 7, there were more than 100 such complaints involving Elantras and 10 involving Hyundai Accents. These include a report of a driver who allegedly was unable to turn away from a wooden wall on the side of a road and drove through it.

Posted by
Betsy Valladares
on November 4, 2017
I have a 2016 Hyundai Elantra I also have steering wheel problems, on windy days it even worse I have had cars next to me honk at me, it's not my fault I have to grip the steering wheel tightly to the point of my fingers getting stiff on the freeways it difficult next to big trucks, I am griping the steering wheel and the car pulls left. This is very scary and something should be done. Hyundai needs to check all their cars free and fix it correctly. When I turn left the car pulls left towards the car in the left hand turn lane waiting at the light. I have to grip the steering wheel and turn slowly.
Posted by
Betsy Valladares
on October 23, 2017
I currently own a Hyundai Elantra 2016, I have noticed that when you are on a two lane highway or on the freeway and someone is next to my driver's side the car will become very difficult to steer it pulls left I have had people think at me and I have hold the steering wheel tightly more towards the right, if it's windy out I have to keep both hands on the wheel it will pull left and the steering wheel becomes more harder, at first I thought it was my alignment so I took in to mechanic he raised up and said that my tires where fine and still had tread, he did my alignment and he test drove my car he told me everything was good but something wasn't right with my steering, and to be very careful because it pulls left, when I have made left turns I am very careful because it pulls strongly left towards the cars, it makes me very nerves during rainy days and high winds. I just wanted to mention it on here. Because it's unsafe. They should have all Hyundai Elantra's and other models checked out. Because all lives matter.
Posted by
Staci
on August 23, 2017
I have complained since I bought my 2013 Elantra about the steering. There ate times I have to use 2 tight gripped hands because the car wont stay in my lane. The steering wheel almost steers itself almost like a tick right and then left and I struggle to keep it in the middle. Its scary. They told me ots just the stability control and I would get used to it. That answer did not sit well with me. While they are at it they need to fix the windshield wipers so they dont smear in the rain. It is so hard to see if its raining at night. I have replaced them several times and bought top of the line but no fix
Posted by
Valerie
on June 13, 2017
Did they fix the 2017 model and if not I feel they should've told me before I bought it