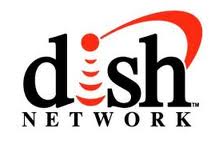 The class action lawsuit is filed on behalf of all non-exempt employees that worked as a misclassified satellite installation technician for Dish Country, Inc.

The case is being prosecuted by Hacker Murphy, LLP, an Albany, NY based litigation firm.

Posted by
Eric Bordelon
on December 9, 2015
I am a contractor who works for a company called Satellite Country in Polock, Louisiana. I have been working for them for nearly four years. Over these years their were several things they done that I questioned but as time went on it has only gotten worse. I am being charged back for every thing you can imagine, although some weeks have worked very long hours was never paid overtime or for that matter even paid what they claimed I would. I was forced to put a tracking devise on my own private phone and also forced to become LLC or told that I would not have any work. I have been threatened many times for different reasons on different occasions. My wife and I are both so stressed each week over all the tension and wrong doings that we both have developed high blood pressure and cannot get it under control. I have tried to continue working for these people the simple fact that I need to work but circumstances have become unbearable.
I would like to have someone call me so that I can explain everything that they are doing.