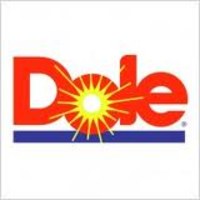 Santa Clara, CA: Dole Foods is facing a consumer fraud class action lawsuit alleging its advertising and labeling of foods that are contain excessive amounts of sugar are advertised as health-conscious options, misleading health conscious consumers.
Filed by Alfredo Ramirez of Orange County in U.S. District Court for the Central District of California, the lawsuit claims that he was tricked into buying Dole Food products by misleading advertisements that billed them as being healthy.

Ramirez alleges that at some point and time he has purchased DPF Fruit & Oatmeal, DPF Parfait and DPF Mixationsm, which are advertised as being healthy snacks, largely based on their “no trans fat” and “no cholesterol” labels, only to later realize they weren’t what they were not as advertised.

However, the suit claims that given the large and excessive amounts of sugar used in all of the items, the risk of illnesses such as heart disease, diabetes, liver disease and other forms of disease are greatly increased.

According to the legal counsel for Ramirez, in some instances Dole products contain as much as 17 percent sugar by weight, accounting for more than 35 percent of the product’s calories, amounting to better than 45 percent of the American Heart Association’s recommendation for men’s daily sugar intake.

Ramirez claims in his suit that Dole is in violation of the Consumer Legal Remedies Act prohibiting “advertising goods or services with intent not to sell them as advertised,” breach of express warranty and negligent representation.

The suit seeks to represent all consumers who purchased Dole products for personal use and not for resale over the four-year class period. Ramirez seeks trial by jury, compensatory and punitive damages, interest, restitution, injunctive relief, court costs and all further relief the court grants. Ramirez is represented by the Nathan & Associates APC in Newport Beach and by Ross Cornell of Long Beach.

Posted by
robert boos
on December 11, 2017
I was using Dole fruit products for a 2 yr, period and I do have diabetis and I went along with the label stating "no sugar" After weeks and maybe months I started higher levels of sugars in my readings. I had instances of passing out and weak spells. Going to my dr. ,she advised getting of doles and my condition improved but would return periodically.
Posted by
MARK TILL
on November 15, 2017
OVER THE YEARS ME AND MY FAMILY HAVE PURCHASED THIS PRODUCT. WE SHOULD BE INCLUDED IN THIS LAWSUIT.