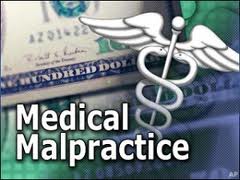 Baltimore, MD: A mandatory settlement of a medical malpractice class action has been certified in the Baltimore City Circuit Court on behalf of former patients of Nikita Levy, M.D. and possibly others. As many as 12,600 patients seen by Dr. Nikita Levy between 1988 and 2013 could register as part of the class action, said Jonathan Schochor, chairman of the plaintiffs' committee.
This action seeks to resolve all claims arising out of, based on, related to, or involving injuries and damages claimed as a result of Dr. Levy' alleged photographing or videotaping activities or boundary violations while he was an actual or apparent agent, servant, or employee of Johns Hopkins during the period from April 26, 1988 until February 8, 2013.

The allegations against Dr. Levy were made public last February after a female colleague alerted officials at Johns Hopkins that Dr. Levy appeared to be wearing a pen camera around his neck. When questioned by investigators about the pen, Levy handed over additional recording devices that had been used to photograph or videotape patients who had been seen in his obstetrics and gynecology practice. Investigators found Levy had stored images of women in clinical settings on 10 file servers.

Levy died in an apparent suicide days after investigators began to look into the case.

Schochor has said that former patients have told attorneys that Levy made crude remarks in the exam room, conducted unnecessary physical exams and touched patients inappropriately.

"Any and all former patients may have been photographed or videotaped or subjected to boundary violations," Schochor said.