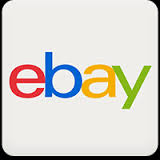 New York, NY: eBay has experienced a data breach, which reportedly occurred between February and March 2014, accessing about 145 million eBay customers' names, encrypted passwords, email addresses, home addresses and birth dates. However, eBay customers' financial data reportedly remained safe. It is thought that the hackers gained access by figuring out eBay employee credentials. eBay has sent its active users emails alerting them to this and suggesting they change their passwords.
Experts are warning eBay users to be vigilant, because they may now be targeted by hackers to gain even more information. This could include phone calls and emails asking customers to follow a link and re-enter their credit card or bank account information, or provide sensitive financial information over the phone. They warn that the hacker would be very convincing, as they already have key customer information.

The eBay data breach is considered major, even though people' financial information doesn't appear to have been compromised, due to the number of fake deals that may result.

In a press release distributed Friday morning, Attorney General Kathleen Kane warned eBay customers to be proactive amid data breach reports. Consumers should report suspicious activity to the Bureau of Consumer Protection at 1-800-441-2555 or www.attorneygeneral.gov.

Posted by
tracy rogers
on March 9, 2016
I am a victim of identity thief during the time i was actively in eBay with my credit card being exposed to hackers.