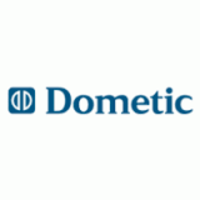 Santa Clara, CA: Dometic, a maker of refrigerators, is facing a defective products class action lawsuit alleging the fridges can spontaneously ignite on boats and RVs.
According to the complaint, the refrigerators have caused or contributed to at least 3,000 fires since 1997, resulting in more than $100 million in property damage and personal injury claims. Further, the suit states that Dometic tracked the claims but "failed and refused to eliminate the defects and/or provide consumers with adequate warnings."

The class action, which includes five individual RV plaintiffs, states the plaintiffs believe that 1.5 million RVs and boats in the country are equipped with "defective gas absorption refrigerators."

According to the plaintiffs, not only have they lost money on the cost of the refrigerators, they have also had to pay hundreds of dollars to repair or replace their gas absorption refrigerators after the defendants' failed attempts to fix the defects.

"Plaintiffs have also lost money as a result of having to pay hundreds of dollars associated with loss of use of their RVs or boats,"the complaint states. "Finally, plaintiffs have lost money because they paid for a safe and useful gas absorption refrigerator for their RV or boat and the value of their RV or boat has decreased because of the installed defective gas absorption refrigerator."

"Defendants have used and manipulated the recall process to conceal the true dangers and safety risks inherent in their defective gas absorption refrigerators from both federal regulators and consumers. As a result, United States highways and campgrounds are flush with RVs containing defective gas absorption refrigerators that can, and with alarming regularity do, spontaneously burst into flames,"the suit states, noting two recalls issued by Dometic.

The plaintiffs are seeking repair or replacement of their defective refrigerators and compensation by Dometic to consumers for the diminution of value of their RVs and boats.

Plaintiffs are represented by Hagens Berman Sobol Shapiro LLP. The lawsuit was filed in US District Court in the Northern District of California.

Posted by
Debra
on December 21, 2016
WE just got a new 2016 keystone avalanche it has a dometic refrigerator in it and it has stopped working, had this R,V.for 2 months, stopped cooling first then just stopped working.
Posted by
Bonnie Kerns
on July 10, 2016
This is in regard to the "Exploding Dometic RV refrigerators:
I have an upscale RV with a Dometic frig and in or around 2007, I called a repairman to see why my frig was not properly cooling. I was told that there was a recall to fix a situation with it but was not told exactly what it was. I took for granted that it would fix the situation. But!!!! I watched him while he was working on it. "The fix" consisted of a small piece of metal (approx. 10" x 6") to be placed around "somewhere" in the inside of the frig compartment that you can get to from the outside panel. (This guy was a shyster!) He said that he couldn't get to the right place that it needed to be placed and he just placed it anywhere with a couple of screws!!! He said that it wasn't anything to worry about anyway. Well, it DIDN'T fix the cooling situation but ended up getting new coils for it anyway. It still didn't cool, even though I had it set on the coldest setting. Everything in my frig was rotten within a week, milk, eggs, etc. I called Dometic about it but they said there shouldn't be anything wrong with it and it was the nature of it. Hmmmmmmm??? My father had a 1972 RV and had a little Dometic frig in it and it kept stuff better than the frig at home and would sometimes freeze stuff if you didn't keep an eye on it. So, after all of this, I'm wondering WHY was there a recall on it and WHY were they telling me that there wasn't anything wrong with it.
End of the story is: I had lived in this RV for several years, put up with throwing food away, & have decided NOT to pay $2000 for a new and different frig but to get rid of it.