Home > Investigations > Exploding Flushmate Toilets Recalled in US and Canada

Exploding Flushmate Toilets Recalled in US and Canada 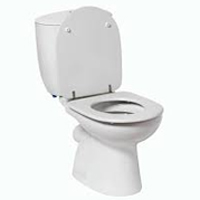 Washington, DC: The U.S. Consumer Product Safety Commission and Health Canada, in cooperation with the firm named below, has announced a recall of about 2,330,600 Flushmate® III Pressure-Assist Flushing System Units in the US and 9,400 in Canada.
The recall has been initiated because the system can burst at or near the vessel weld seam releasing stored pressure. This pressure can lift the tank lid and shatter the tank, posing impact or laceration hazards to consumers and property damage.

So far, Flushmate has received 304 reports of the product bursting, resulting in property damage and 14 impact or laceration injuries.

This recall is for Series 503 Flushmate® III Pressure Assist flushing systems installed inside toilet tanks. The recalled systems were manufactured from October 1997 to February 2008.

The units are rectangular, black, two-piece vessels made of injection molded plastic. The date code/serial number is 16 characters long and is located on the label on the top of the Flushmate III. The first six numerals of the serial number are the date code. The date code range for this recall begins with 101497 (October 14, 1997) and continues through 022908 (February 29, 2008).

The affected units were sold at: The Home Depot and Lowe's stores, distributors and plumbing contractors nationwide for about $108, and sold to toilet manufacturers including American Standard, Crane, Eljer, Gerber, Kohler, Mansfield and St. Thomas.