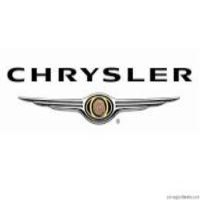 Santa Clara, CA: Fiat Chrysler Automobiles NV and engine maker Cummins Inc. are facing a proposed consumer fraud class action alleging the diesel engines in Dodge Ram trucks hide the trucks' emissions, which are above the legal limit.
Specifically, the plaintiffs claims that Chrysler and Cummins conspired to knowingly deceive customers and regulators with respect to the emissions levels generated by Dodge Ram 2500 and 3500 trucks outfitted with the Cummins 6.7-liter turbo diesel engine, which were emitting dangerous levels of nitrogen oxides.

“The defendants never disclosed to consumers that the affected vehicles may be ‘clean’ diesels in very limited circumstances, but are ‘dirty’ diesels under most driving conditions,” the complaint states.

According to the suit, the engines have a technology built in that traps and breaks down pollutants, a design feature meant to reduce the amount of NOx going into the atmosphere through the trucks’ exhaust. However, when the trucks are traveling for long distances or up hills, they emit far more pollutants that allowed under California and federal law.

The complaint states that in addition to hiding the true emission outputs, the affected Cummins diesel engines wore out the so-called catalytic converter more quickly because the engines burn fuel at a higher rate. Consequently, truck owners frequently had to replace the converter after the warranty had expired at a cost of approximately $3,000 to $5,000.

Posted by
richard
on November 20, 2016
As an owner of one of these trucks. What am I supposed to do?