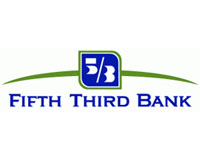 Cleveland, Ohio, Fifth Third bank is facing a consumer banking class action lawsuit over alleged illegally high interest rates on loans.
Filed in U.S. District Court in Cleveland the lawsuit alleges Fifth Third Bank charges illegally high interest for what the plaintiffs refer to as "payday"loans. The lawsuit centers around the question of whether the cost Cincinnati-based Fifth Third charges for its Early Access loan program are considered fees or interest.

The loans are used as advances on a borrower' paycheck. The customer gets a short-term loan, with money directly deposited in a checking account. Fifth Third charges a 10 percent fee that is taken out of the customer' next paycheck before it is direct-deposited. Fifth Third also takes the loan amount out of the paycheck, as long as the next direct deposit is at least $100.

Plaintiffs, William Klopfenstein and Adam McKinney, claim in the lawsuit that Fifth Third' fees amounted to interest with annual percentage rates that can top 1,000 percent. That' because the loans are paid back quickly, so the rates soar on an annual basis. Each of the plaintiffs claim they've paid more than 1,000 percent annualized rates on several occasions.

The plaintiffs want Fifth Third to pay back all of what they call excessive interest charges to customers. Fifth Third doesn't comment on pending litigation.

Posted by
Pamela coleman
on November 28, 2018
I received a letter to an was told I will receive a in a month or two it's Christmas almost have not heard nothing
Posted by
VICTORIA CLARK
on July 27, 2018
Hi I too was sent a letter stating, that i would received a check in the month of July 2018 and have not received a penny, the month of august is just 4 days away. July 27, 2018.
Posted by
Richard
on May 18, 2018
Took several attemts to receive my claim form. After paying off a 20K car loan i do want whatever compensation i have coming!
Posted by
louie baker
on April 27, 2018
I was called about this .....that I have been over charged....they was suppose to send me a form to fill out but I never received it...

my name is Louie Baker