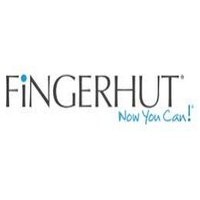 Chicago, ILL: Online retailer and catalog Fingerhut is facing a proposed Telephone Consumer Protection Act (TCPA), class action lawsuit filed by a man who alleges he has received calls from the company seeking payment for products he never bought.
Filed by plaintiff Herman Fulwiley, the complaint states that he received numerous telephone calls made by an auto-dialer, in direct violation of the TCPA. Further, the calls continued even after he withdrew his permission for them to contact him by phone.

“As a result of Bluestem’s actions … plaintiff has suffered and continues to suffer stress, aggravation, emotional distress and mental anguish,” the complaint states.

In November 2016, Fulwiley purchased several items from Fingerhut, including a tablet computer, bedding and jewelry, according to the lawsuit. However, when the package arrived later that month, it did not contain the items he had purchased, rather items he had not purchased. He says he sent the package back to the company in an effort to return the items, obtaining a tracking number on the package “to ensure delivery,” the complaint states.

Fulwiley alleges that Bluestem began calling him about a month later, using what he says he could tell was an automatic dialing system. He asserts he received at least 20 auto-dialed calls from the company trying to collect unpaid amounts relating to previous purchases “despite the fact that plaintiff had paid for the purchased items and returned the items which he had not purchased.”

Despite speaking directly to Bluestem in August 2017, and revoking his consent for the company to call him, he continued to receive calls, the lawsuit states.

The lawsuit seeks to represent a nationwide class of people who receive any auto-dialed or prerecorded calls from the company within the last four years. It also asks a judge to order injunctive relief forcing the company to stop placing auto-dialed calls and to enter $500 for every negligent TCPA violation found, $1,500 for every knowing violation found and an award for court and litigation costs.

Posted by
Karla
on July 11, 2022
I ordered an alarm clock and it had a short on the cable it woke me and my kids up from the flash sparking in the middle of the night
Posted by
Elizabeth
on November 12, 2021
Fingerhut is on my credit report as a closed account I'm not sure exactly why
Posted by
Joyce M Wooten
on April 12, 2020
They began calling, texting & emailing me wanting me to do business with them but I refused because they wouldn’t stop bothering me.Then they started sending me catalogs too.
Posted by
Valerie ayro
on April 5, 2020
Charge my card for something I didn’t order call them they said there is nothing they can do about it now it is on my ffredit report
Posted by
Dawn Baldwin
on March 2, 2020
Fingerhut has been on my credit for over a yr and its due to someone used my identity to buy things and its on me to pay. I have a police report. Still on my credit.
Posted by
TONYA PERRY
on October 23, 2019
i had me credit is all bad for is finger hut when in nme bank put odd me accton
Posted by
Craig Botts
on August 27, 2019
Sent me a defective Asus computer , bad hard drive and R10 software. Being sued for 874$ for pos computer that never worked properly. I am disabled and retired. Tried to send back but the stupid Philippine people could never take care of my problem, dumb bastards !!!!! Made 2 payments but once again they lied and that is why I will not pay them a dime ! Ihave suffered and continues to suffer stress, aggravation, emotional distress and mental anguish.
Posted by
suzan nagher
on April 30, 2019
unauthorize credit check, unsolicited phone calls and mail
Posted by
My name is Alma Simmons
on February 24, 2019
My name is alma Simmons I purchase two chair cover from finger hut the chair cover didn't fit so I return them to finger hut so out of the blue finger hut started calling me saying I own them for I owed 10.00 dollar 23.00 35 00 37.00 39.00 86.00 dollar I toll them I don't owed you all no money the lady said yes I do she said we cent the package to you so you for shipping and handling i toll them no I Don't you all owed me for sending the package back to you all
Posted by
Barbara Steel
on October 19, 2018
me too. they set up two accounts for me and charged me and I keep filing disputes even after I received a letter from them they refuse to remove it
Posted by
robert diehl
on October 15, 2018
i have gone through this as well i do not see how fingerhut stays in business with some of the things they pull.
Posted by
Angela Bowers
on September 6, 2018
receive too many calls
Posted by
Yvonne Pullum
on July 5, 2018
The items was not good material
Posted by
Juel Alfred
on May 16, 2018
Recieve too many calls
Posted by
Alisha Cooper
on April 23, 2018
Fraud call for payments i never brought any thing there
Posted by
adam kady
on March 26, 2018
I had an issue with Fingerhut sending me stuff I never ordered, then they put it on my credit report when I didn't pay for it. I filed a claim with the BBB and sent them a certified letter telling them to stop bugging me!