Were you looking for Nuisance caller lawsuits allege consumers are being harassed by companies lawsuits?
January 17 2014 - by Lucy Campbell 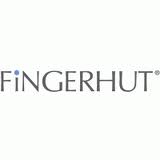 Pittsburgh, PA: A potential class action lawsuit has been filed against Fingerhut alleging violations of the federal Telephone Consumer protection Act, also known as the TCPA. Specifically, the lawsuit claims that Fingerhut, one of three companies under the Bluestem Brands umbrella, negligently places multiple calls to consumers' cell phones using autodialed robocalls, without prior express consent.
Fingerhut has two credit programs, one of which is called the Fingerhut Revolving Credit Account, and the other being the FreshStart Credit Account. In the past three years, the Better Business Bureau has received 1190 complaints against Bluestem Brands, 470 of which were logged during the past 12 months.

Online discussion boards are rife with complaints about Fingerhut telephone calls. One consumer complained that the company called his business repeatedly asking for someone he doesn't know. Others say that Fingerhut calls repeatedly, but leaves no message.

The complaint, filed in US District Court, Western District of Pennsylvania, against Bluestem Brands dba Fingerhut, alleges that Fingerhut placed automated calls using an artificial or prerecorded voice to the plaintiff' cell phone, without prior express consent to make these calls to his cell phone.

If you or a loved one has suffered similar damages or injuries, please fill in our form on the right and your complaint will be sent to a lawyer who may evaluate your claim at no cost or obligation.
Stay Informed
Get the latest on class action lawsuits, settlements & more! Subscribe to our free weekly newsletter.
Get our Newsletter!
Submit a New Complaint
Been wronged by a similar product or service?
Click here to send us your complaint.
RELATED NEWS
More News

Posted by
Debra Harnois
on August 13, 2019
Fingerhut calls me a minimum of 10 times per day from various phone numbers. I have a credit card with them and missed a payment. I'm doing the best I can on disability and do intend to pay it. This many calls is such harrassment.
Posted by
Donna
on June 14, 2019
I have an account with Fingerhut. I ordered several times in the past, and always paid my bill on time, never late. My last and final purchase was paid off in full, on time, 6 months ago /or longer. My account has had a zero balance for a long time. I have been getting numerous phone calls every day. I had emailed them and told them to stop the harassing phone calls, that my account had not been used in months, actually now for about a year. I did get a reply, the only thing they said was that if I wanted the calls to stop, that I would have to close the account. They never stated why they keep calling 99% are robo calls.My account is and was always in good standing with them, so why do they keep calling every single day?
Ive had enough with this company and I would also like to join a class action lawsuit against them. What fingerhut does and the amount of times that they call is ILLEGAL. No company is to call more than once in a 72 hour period. But again, they keep calling when I dont owe them anything.
Something must be done with this company.

I asked the rep to admit she was wrong but nope.

I am a disabled person and I told them that I did not have the money to pay them could we work this out and they refuse to work with me saying that I had to pay payments of $250 for 3 months and that the finance charges would continue I would have to pick up regular payments after that. I'm retired in a pension and I did try to work with them but they were not willing to.

Posted by
Kenneth Atwood
on February 19, 2016
I received many calls saying I owed 300.00 when I never even had an account
Posted by
Talicia lee
on February 19, 2016
I have had calls from fingerhut
Posted by
kerron Johnson
on February 19, 2016
Yes I quit messing with finger hut , after a guy shouted at me an told me to stop being sorry an pay my bill, all call at work I work at a day care, this guy was scram in at me in the phone, how rude!!!.
Posted by
Wendy
on February 19, 2016
They have called my home pretending to be from the sheriff's department. When I returned the call to see what it was about I was immediately transferred to a rep from Fingerhut. They also called my sister in law's mom, my cousins wife, and my ex sister in law looking for me. That is extreme!! Oh and the product I ordered never worked so I refused to pay. This is the worst company ever!
Posted by
Christine Watson-Brantley
on February 19, 2016
Yes
Posted by
Corpus Christi
on February 19, 2016
I had an account with Fingerhut and it was disastrous . They quality of the products was bad and when i returned them it took forever to take off my account.
When i asked for the final bill i was given one amount that was sent in a cashiers check, they then sent me a bill for interest.
They continually harassed me with phone calls throughout the day seven days a week. The employees were rude and threatening.

Posted by
Donna Hymer
on February 19, 2016
Fingerhut would call me sometimes up to 6 times a day knowing that I cannot answer my phone while at work. Now I have lost my job due to the frequency of my phone going off. I need to have my phone with me and on due to family health difficulties. I have made payments on the phone only to have them not applied to my account for more than 5 days causing even more monies owed on my account due to late fees. I feel that this is unfair and totally wrong. These continuing calls on nothing more than harassment and I want them stopped.
Posted by
Kimberly Caswell
on February 19, 2016
I kept my phone on at work due to family health issues.They called me 1-7 times in a day, knowing I was at work. And often they would call every single day. I would tell that someone just called and they simply said I would be automatically called again until they received a payment. Sometimes I made over-the-phone payments in an amount they agreed to but it was never enough. Sometimes when I gave payments over the phone, they took it twice from my bank account.
Posted by
New Hampshire
on February 18, 2016
Fingerhut refused to honor a warranty on a product I purchased. I closed the account. Now because I won't pay what they want and when they want they call my cell phone numerous times a day. Now because I won't answer my phone they are emailing me.
Posted by
timothy j ellis
on February 17, 2016
Finger hut calls me all the time about back payment even though I'm still making payments. I pay them as much as I can and told then this and I still get calls
Posted by
Juanita Gladhill
on February 16, 2016
In 2009 Finger Hut called me every day all day every 15 minutes to tell me my payment was overdue. They were very nasty. And upset me. I payed them. And I vowed I would never buy from them again! The calls stressed me out really bad!
Posted by
Frank LaRosa
on November 24, 2015
I want to join any lawsuit against this company that has not only ripped me off, but they call me at any hour of the day and night and there is no one on the line to ask them to stop - if I block them, they call from another number while I am at work, home and anywhere else - I made a purchase for 120.00 - I moved and notified them i was moving and did not get a bill the next month - I got a bill 3 months later and they added countless late fees and refused to change the bill , even when they realized it was their mistake and they were sending the bill to my dad's house which is not where I live and I haven't lived there in 39 years. The cost so far I have paid is over 300.00 and they say I still owe 145.00 - I want to sue them so bad.
Posted by
Alabama
on March 13, 2015
They robocall me all day and they have a wrong account on my credit report with late payments, causing my credit score to fall 200 points.
Posted by
Florida
on January 9, 2015
I returned something and they're claiming I owe $50 for interest. I'm physically disabled and they are harassing me daily. I've told them to cease contact with me by phone. They call me twice a day every day. They call and will not identify themselves or why they're calling. When I answer, they ask you for your address and phone number and to identify yourself. This morning I told them once again that I will not do this until they tell me who they are and why they're calling. They hung up on me. The caller ID shows number as unknown. Please help me, I cannot deal with this harassment. Thank you.