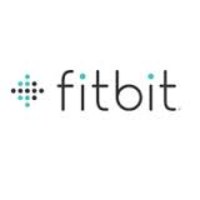 The lawsuit further alleges consumer fraud in that the defendant fails to inform customers that the technology works properly only at low or resting heart rates. Instead, the lawsuit asserts, it depicts users in its advertisements relying on the trackers during intense physical activity. "The heart rate trackers are effectively worthless as heart rate monitoring devices,"the complaint says.

The complaint states, "This failure did not keep Fitbit from heavily promoting the heart rate monitoring feature of the PurePulse trackers and from profiting handsomely from it. In so doing, Fitbit defrauded the public and cheated its customers, including plaintiffs."

Additionally, the plaintiffs allege Fitbit' attempt to bind all customers to an arbitration agreement and a class action ban is an unfair and deceptive trade practice and is "unconscionable, invalid, and unenforceable."

The three named plaintiffs seek to represent a nationwide class of all customers who purchased a Fitbit PurePulse tracker, excluding those who purchased their trackers directly from Fitbit.com and who did not opt out of the arbitration agreement. They also seek to establish three subclasses for consumers in California, Wisconsin and Colorado.

The case is McLellan et al v. Fitbit, Inc., case number 3:16-cv-00036, in the U.S. District Court for the Northern District of California.