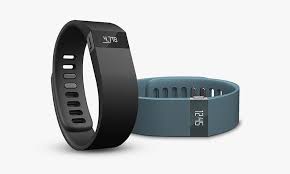 Los Angeles, CA: Fitbit, the manufacturer of the Fitbit Force, an activity tracker, is facing a consumer fraud class action lawsuit over advertising claims that the device is an "advanced activity tracker."The device was recalled following reports of skin irritation including blisters, rashes, burns and more. The firm has received about 9,900 reports of the wristband causing skin irritation and about 250 reports of blistering.
According to the lawsuit, Fitbit advertised that the Force is a safe, comfortable, nonhazardous device but at no time during the promotion or marketing of the Force product did Fitbit warn its customers or the general public of any adverse health consequences.

The lawsuit, entitled The case is Jim Spivey v. Fitbit Inc. et al., case number 37-2014-00007109, in the Superior Court of the State of California, County of San Diego, seeks class action status and damages for consumers who bought the Force as a result of Fitbit' alleged misrepresentations about the product' safety.


I have lost significant amount of my capital invested in Fitbit from the IPO week in June 2015 through January 2016.

I would be interested in getting more information about class action lawsuits filed against Fitbit.