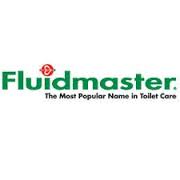 Seattle, WA: Consumers have filed a consumer fraud class-action lawsuit against Fluidmaster Inc., claiming that the plumbing product and toilet repair company knowingly sold defective toilet connectors that spontaneously broke, causing millions of dollars in property damage at homeowners' expense.
The complaint, filed April 24, 2014, in the US District Court for the Central District of California, states that Fluidmaster elected to sell faulty plastic toilet connectors even when it was mechanically and financially feasible for the company to sell an existing, safer alternative design. According to the lawsuit, more than a million defective toilet connectors were sold in the US.

Upon realizing that its plastic toilet connectors were routinely cracking, leaking and causing significant damage, Fluidmaster allegedly responded by lowering its 10-year warranty to five years, according to the suit. The complaint' two named plaintiffs experienced massive property damage after their Fluidmaster toilet connectors spontaneously failed. One of the plaintiffs, Brian Kirsch, received a call while on vacation from his garbage collector informing Kirsch that water was spilling from an upstairs window of his home and raining into his garage. Kirsch' home had to be gutted and completely renovated while he and his family were displaced.

Due to the material and design of the toilet connector, the plastic was susceptible to bending with weight and pressure over time, according to the suit. The complaint also cites the company' poor instructions and warnings that failed to provide the customer with sufficient information to safely and properly install the connectors.

Posted by
Daniel Leo
on April 20, 2016
Hi I bought the dual flush kit for my toilet, that stated it fit every toilet. Well it was professionally installed and was not provided the correct seal that my basement flooded and I have some damage. I want compensation