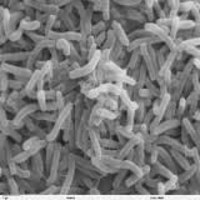 Santa Clara, CA: A food poisoning class-action suit has been filed against the Kroger Co., The Pictsweet Co. and CRF Frozen Foods LLC and frozen vegetable manufacturers over allegations that the family of Roger Coffelt Jr., was made sick from Listeria contaminated foods.
Coffelt Jr. filed a complaint on behalf of all those similarly situated, alleging violation of the warranty of merchantability and negligence. Specifically, the complaint asserts that the plaintiff bought frozen peas prepared and packaged by the defendants which were adulterated with Listeria monocytogenes, a dangerous bacteria that can cause death.

According to the complaint, the peas caused illness to and Listeria infection of Coffelt Jr.s’ family members. The plaintiff holds The Kroger Co., The Pictsweet Co., CRF Frozen Foods LLC responsible because the defendants allegedly grown, processed and sold the adulterated subject frozen peas and maintained their food production and packing facilities in an unsanitary and unhygienic condition.

The plaintiff is seeking damages for not more than $30,000,000 plus penalties, attorneys' fees and costs and for such other and further relief as the court deems proper. He is represented by Clayeo C. Arnold and Joshua H. Watson of Clayeo C. Arnold APC in Long Beach, California. The case is US District Court for the Central District of California Case number 5:16-cv-01471

If you or a loved one has suffered similar damages or injuries, please fill in our form on the right and your complaint will be sent to a food and drink lawyer who may evaluate your claim at no cost or obligation.
Stay Informed
Get the latest on class action lawsuits, settlements & more! Subscribe to our free weekly newsletter.
Get our Newsletter!
Submit a New Complaint
Been wronged by a similar product or service?
Click here to send us your complaint.

Posted by
Madeleine Dodson
on June 28, 2018
I purchased a bag of Pictsweet Farms frozen 3 Pepper & Onion Blend, cooked it and began eating during which time I found myself chewing and swallowing a long crunchy piece of something other than a pepper which made me start choking and throwing up. After I finally stopped throwing up, I looked closer at the vegetables on the plate and found another foreign object mixed in with the peppers and onions. I called a family member to come and tell me what the object was and upon examination found the object to be the tip portion of a Chicken Wing which made me throw up again. I spent the next 3 days in bed, sick to my stomach. I called my doctor and he prescribed anti-nausea pills for me. I contact Pictsweet Farms and followed their direction to take photos of the Chicken Wing. They sent me a Styrofoam dry ice container to put the Wing and leftover bag of the Pepper & Onion Blend for me to sent back to them for examination. I was then contacted by Pictsweet insurance company, Nationwide. The insurance and Pictsweet Co. representatives rudely denied there are any Chicken parts in the vegetable plant, and nothing I stated and showed them made any difference to them. Consequently, they offered me a $100 dollar coupon to go away. I am a legally blind, 91 year old woman who did not see what I was eating and choking on and needed a family member to identify the second object mixed in with the vegetables. due to my wet macular degeneration. As I stated before, I spent several days ill in bed and have been seriously traumatized by this and so am asking you if I have just cause for legal action against Pictsweet Farms. It was brought to my attention that other similar incidences have occurred to people like myself. Also, I want you to know my daughter typed my comment to you on my behalf due to my vision disability. I anxiously await your response and thank you for your time with this matter. Sincerely, Mrs. Dodson