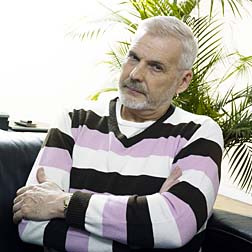 Ford's recent cruise-control recall involving 3.6 million vehicles with a faulty cruise control switch that could potentially cause a fire, stemmed from customer complaints that the speed control deactivation switch is always on. Many of those customers now have something else to complain about -- back-order problems.
Since Ford announced its latest recall (August, 2007) customers are still waiting for parts.

As well, there was a run on service departments that caused a shortage of fused wiring harnesses for the passenger cars involved in the recall. Many back order problems involve classics such as the mid 1990s Panther platform vehicles, Lincoln Mark VIIIs and the '94 Mercury Capri.

Complaints are rampant on automotive blogs regarding back order problems. One disgruntled Ford owner reported in October, 2007 that the dealership "unplugged the sensor on the master cylinder. The parts are on backorder until December... Rather upset about this all." And this from an owner of an Elite Explorer: "Ford sent me the recall notice a little while back, then more recently sent me a card saying 'Ford is currently experiencing an unforeseen shortage of the service parts required to make the complete repair'. What, they don't have anyone in Detroit who can count?"

Ford Motor Co. now faces a class action lawsuit filed on behalf of people who own Ford vehicles affected by the recent cruise control recalls. If you have purchased a Ford vehicle but have been unable to use the cruise control function because the company has not provided you with the proper replacement parts, please contact Caddell & Chapman at csf@caddellchapman.com.

Ford Parts Backlog: Owners Get Short End of the Stick
Imagine receiving a recall notice for a fairly serious problem with your Ford vehicleï¿½one that could cause your vehicle to catch fire. So you duly respond to the recall, only to be told that there aren't enough parts, and that you'll have to wait. The parts backlog means you're continuing to drive a dangerous vehicle that could catch fire at any moment.

Ford Defects: "Ford Built a Defendable Fence"
Sean Kane, the founder and President of Safety Research and Strategies, Inc. says, "We have a joke around the office that we have a company [Ford] that lets us support our advocacy habit." Specializing in automotive safety, SRS has been in the forefront of issues ranging from electronic stability control to aging and defective tires.

Ford Customers Still Waiting for Recalled Parts
Ford customers who have vehicles affected by the recent recall of cruise control parts are upset that the company has still not provided the necessary replacement parts. These customers, who took their vehicle in a few months ago to have their cruise control deactivated and a recalled switch unplugged, are still waiting for a new switch to be provided.

DEC-10-07: Ford has announced yet another recall. This one involves over one million trucks, SUVs and vans and was issued because a defect could cause the engines in the vehicles to stall, possibly causing a crash. [NEWS INFERNO: FORD RECALL]

NOV-13-07: The owners of a recalled 2000 Ford Excursion have lost their home after the vehicle caught fire, allegedly due to a faulty cruise control switch. The family purchased the SUV used in 2004 and has no recollection of ever receiving a recall notice from Ford. [KSDK: FORD RECALL]

If you or a loved one has suffered damages in this case, please fill in our form on the right to send your complaint to a lawyer to evaluate your claim at no cost or obligation.
Stay Informed
Get the latest on class action lawsuits, settlements & more! Subscribe to our free weekly newsletter.
Get our Newsletter!
Submit a New Complaint
Been wronged by a similar product or service?
Click here to send us your complaint.
RELATED NEWS
More News

Posted by
Virginia
on January 2, 2008
My 2000 Expedition burnt to the ground. My home and office were severely damaged. My 1967 mint condition rolls-royce was also totaled in the fire. My 928 porsche sustained major damage to the rear from the fire. My family is living in a hotel while we await our home to be repaired.
Posted by
Minnesota
on December 6, 2007
Wife relies on cruise when going to son's house or any longer trip. I called Ford and they were very rude and pretty much told me...too bad.
Posted by
Florida
on November 26, 2007
Destroyed car, garage and all the contents. Smoke damage destroyed most of the home. Family pet was killed. My life was irreparably altered. My business was severely interupted. A new business I had just started was permanently shut down and my business partner had to leave the area. Etc.....