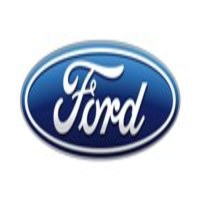 According to plaintiffs, the MyFord Touch infotainment touchscreen systems often crash or freeze while the vehicle is in motion. The systems were introduced into Ford vehicles in 2010 with the promise of touch screen operating of audio and navigation systems, the ability to make phone calls, manage climate systems and play music from their smartphones. However, the systems have encountered a lengthy list of problems. In 2010, according to the suit, Ford reported roughly 400 problems for every 1000 vehicles, which was an improvement from earlier numbers. The systems add about $1,000 to the cost of a Ford vehicle, according to the plaintiffs.

The case is In re: MyFord Touch Consumer Litigation, case number 3:13-cv-03072, in the U.S. District Court for the Northern District of California.

Posted by
Mary Raine S. Moore
on March 30, 2017
My 2012 Ford Edge, 55K mileage, rear camera will sometimes not function. This happens usually when I first start the car and put the gear in reverse. A notice says to contact the dealer. Sometimes if I return the gear to park and then back to reverse, the camera might work but not always. Very undependable.
Posted by
Georgiann Allen
on January 8, 2017
I bought a 2015 Ford F-150 in Feb 2016. I have on several occasion put truck in reverse and the screen is blurry or has red/black lines
Posted by
Paula critzas
on October 14, 2016
I've been having so much trouble with the car the rubber is coming off and makes noises I only have 16,000 miles on it and that inside the hoses the wrong smashPlus a lot more I need to talk to somebody in person
Posted by
Paula Critzas
on September 28, 2016
I have a 2011 Ford fusion it hasn't been right since I had it and I had surgery and I complained about it and they did nothing and I'm still paying on it for over six years