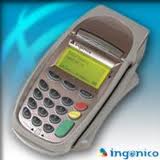 San Francisco, CA: A consumer banking class action lawsuit has been filed against four major banks alleging they conspired to fix "interchange fees,"resulting in consumers being subjected to billions of dollars in illegal charges.
Named defendants, JPMorgan Chase & Co., Bank of America Corp., Capital One FSB and HSBC Bank USA NA, allegedly conspired with credit card companies to arrange or 'fix' the swipe fees charged to customers when they use their credit cards. The lawsuit contends this has cost cardholders over $54 billion in illegal credit card and bank fees annually, in violation of the Sherman Act and the California Business and Professions Code.

The plaintiffs claim that they each purchased "thousands of dollars' worth of goods and services and paid related Interchange Fees on Visa and MasterCard transactions at prices inflated by the Defendants' price-fixing conspiracy over many years."Further, because of these fees, the plaintiffs contend, they have purchased products at artificially inflated prices. According to the lawsuit, "This price-fixing conspiracy is ongoing and additional overcharge dollars are being extracted from Cardholders pursuant to the conspiracy every time they swipe their Visa and MasterCard payment cards."

Entitled Salveson, et al. v. JPMorgan Chase & Co., et al., Case No. 13-cv-05816, in the U.S. District Court for the Northern District of California, the lawsuit claims the defendants have entered into illegal written membership agreements and perpetual license agreements with Visa and MasterCard, requiring them to implement standard interchange fees with the promise of decreased competition and increased profits.

"In furtherance of the conspiracy, Defendants and their co-conspirators also agreed to and have collectively imposed restraints on competition, such as so-called 'Exclusionary Rules,' 'No Discount Rules,' 'No Surcharge Rules,' and 'Honor All Cards Rules,' as well as Anti-Steering and other restrictions imposed upon merchants to the detriment of Cardholders,"the lawsuit states. The effect of these rules is such that merchants are prevented or prohibited from informing customers about the true costs associated with different forms of payments and from offering consumers an option to use a credit card with lower fees.

Specifically, "Through their common control of both Visa and MasterCard, Defendants and their co-conspirators have stifled competition between Visa and MasterCard and have thwarted competition from smaller competitor networks such as American Express and Discover,"the class action lawsuit states. "This reduction in competition among general purpose payment card networks has resulted in higher Interchange Fees, hindered and delayed the development and implementation of improved network products and services, and has lessened consumer choice."

Posted by
Frances Butler
on June 4, 2017
Capital one and HSBC always had enormous fees added to account, as a result could never pay off. My credit was destroyed and had military security clearance question trustworthiness. Several years could never explain high fees, except charged those fees. Why are people so in humain?