Were you looking for Exploding E-Cigarettes lawsuits?
September 25 2014 - by Lucy Campbell 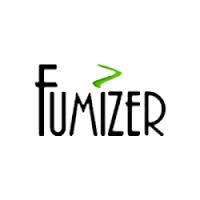 Los Angeles, CA: Fumizer LLC, a California-based manufacturer of electronic cigarettes is facing a consumer fraud class action lawsuit filed by a smoker accused who alleges the company falsely claims its vaporizers could help users quit smoking or lead to "healthy smoking". The suit claims the company made these claims despite the existence of adverse medical studies.
The lawsuit, filed by plaintiff Joseph Sheppard, alleges that the manual for the Fumizer e-cigarette claims it can "help you quit smoking,"which contradicts other marketing materials that disclaim that any use of the e-cigarette is an aid to quit smoking. According to the lawsuit, the disclaimers are made to avoid U.S. Food and Drug Administration (FDA) regulation.

"These representations are contradictory and hypocritical because [the packaging] asserts Fumizer e-cigarettes are 'neither intended nor marked as a quit smoking aid,'"the complaint states.

"By omitting the ingredients, defendant hides the fact that Fumizer e-cigarettes contain propylene glycol, a product found to cause throat irritation and induce coughing, and thus no longer used by certain of Fumizer' competitors,"the lawsuit states.

The lawsuit also states that Fumizer' claims its devices could be used anywhere, citing cities and counties in California that have banned e-cigarettes and public, along with statements that its vaporizers were top quality. However, the plaintiff' Fumigo 650 Personal Vaporizer allegedly short-circuited, exploded and caused a fire in his home in March, according to the suit.

The case is Joseph Sheppard v. Fumizer LLC, case number BC558408, in the Superior Court of California, County of Los Angeles.