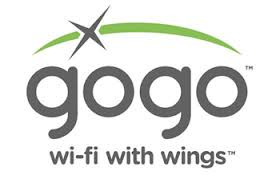 Los Angeles, CA: Gogo LLC, an inflight Internet service provider, is facing a consumer fraud class action lawsuit alleging the company misleads consumers about its charges.
The lawsuit, filed by Kerry Welsh, president of WelCom Products, which produces folding hand trucks, claims that on August 7, 2011 Welsh paid $39.95 for up to 30 days Internet usage on any airline. However, Welsh contends that after the 30 days term ended on September 7, he was charged $39.95 every month until at least December 2012, even though he did not use the service.

In the class action, Welsh alleges he "received no communications from Gogo on a monthly basis notifying him of the recurring charges. "

Gogo, which has over 600 employees and is based in Itasca, Ill., provides in-flight Internet and wireless in-cabin digital entertainment services.

Welsh, who is represented by Michael Reese, of Reese Richman LLP, has filed the lawsuit on behalf of class members who were "were misled to believe they were purchasing only a one-month pass, but were in fact charged every month thereafter."

The lawsuit states that "every other class member purchased in-flight Internet serve from Gogo prior to December 31, 2012, using a registration website that had representations about the monthly cost of the service but had no representations about the recurring nature of charges for the service." While the Gogo website now states that monthly services charges will be recurring, " it did not do so in 2011," the lawsuit states.