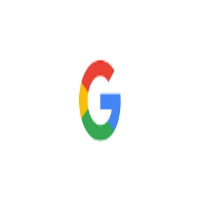 Santa Cruz, CA: Google is facing a potential consumer fraud class action over allegations the microphones and speakers in its Pixel phones have a tendency to fail, a defect Google is aware of,, yet it continues to advertise and sell the phones anyway.
Filed in California federal court, by plaintiffs Patricia Weeks and Waleed Anbar, the complaint states that Google LLC’s Pixel phones, which compete with Apple Inc.’s iPhones, are made with defective microphones that make the phones unsuitable for phone calls or voice commands, such as Google Assistant.

The plaintiffs allege that despite being aware of these issues, Google has thus far failed to provided affected consumers with a refund or working replacement phones.

According to the complaint, Weeks purchased her $749 Pixel phone in December 2016 after seeing advertisements about the product’s voice assistant, but noticed shortly thereafter that she wasn’t able to use the feature or speak to callers. Similarly, Anbar states in the complaint that he bought a Pixel for $649, largely because of Google Assistant, however he too was unable to use the feature as the microphone and headphone jack in his phone stopped working.

Neither plaintiff would have bought their phones had they been aware of the defective microphone issue, they allege. They would, however, buy more Google phones if the defect is fixed, the complaint states.

Weeks and Anbar are not alone, they allege thousands of consumers have written online about audio failures with their Google Pixel phones. “In response to warranty claims, Google provided customers with futile repairs or with Pixel phones suffering from the same defect, often resulting in repeat failure,” the complaint states.

Weeks and Anbar seek to represent a class of people nationwide who have purchased a Google Pixel or Pixel XL smartphone since October 4, 2016.

Posted by
Lou Anna Berrens
on June 11, 2022
I have the Google Pixel phone and have problems with mine as well. I even got another with my insurance (that I pay monthly on it) and am still having the same problems. It won't charge unless you hold it in the charging port, or somehow maneuver it to stay in. The microphone is horrible, have complained about this and nothing. I think people hang up on me and it just cuts off. I still have it as I can't afford to just keep buying new phones...especially when paying it off monthly thru my service. You say something into the microphone and it just messes up. Also I am having problems with it just opening apps at random for no reason.
Posted by
Chris Orr
on February 8, 2019
I'm very disapointed with the quality of the device from the camera to the speaker I have lost conversations because I thought I was hung up on if I didn't hold the charger in the port it wouldn't completely charge.
Posted by
EMMA Shonae LINDGREN
on February 17, 2018
What about consumers affected in Canada who also fought with Google about microphone issues and sent a defective device? Can I lodge a claim to seek representation upon this trial?
Posted by
Monica Driver
on February 8, 2018
I purchased a pixel for my 13 year old son in July 2017. He complained about the camera not working and not being able to hear while talking, also problems with charging the phone