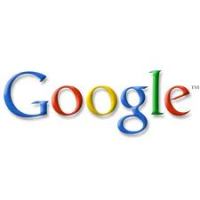 New York, NY: Google Inc. is facing a proposed antitrust class action lawsuit alleging the company is trying to monopolize the search engine feature on Android smartphones and tablets in violation of state and federal antitrust laws.
The lawsuit, Feitelson et al v. Google Inc., case number 5:14-cv-02007, in the U.S. District Court for the Northern District of California, claims that Google engages is anticompetitive behavior by allowing Android device manufacturers to preload its popular applications, such as Youtube and Google Maps, only if the companies agree to make Google' search application the default search engine on their devices.

The lawsuit states: "By way of Google' coercive and exclusionary practice with Android OS device manufacturers ... Google restrains and quashes competition for default search engine status before it even can begin. Google' practice is a pure power play designed to maintain and extend its monopoly in handheld general search."

Further, the plaintiffs claim that Google' alleged conduct results in consumers overpaying for certain Android phones and tablets, as the price for the devices may have been lowered if rivals had been given a chance to compete for default search engine status, potentially by paying manufacturers.

"uch payments ... would lower the bottom-line cost associated with production of the covered devices, which in turn would lead to lower consumer prices for smartphones and tablets,"the lawsuit states.

Posted by
Patricia E DeCosta
on January 12, 2016
Cell phones (last 3 over 10+ years) are loaded with Google apps. These apps monopolize phone useage, yet most importly, is the Internet browsing apps. The Internet is designed to give access, with freedom, to everyone. Google and Google Chrome violate a couple of things. First is privacy by collecting Websites I visit and marketing same back to me thereafter. 2nd the access to information I seek is limited, not as the Internet was intended, halting my search back to a basic sort of acess. It seems controlled. 3rd, my phones work on the premise of Google bloat ware and if I considered rooting my phone I will lose the insurance I purchased from cell service company, T Mobile, which is to cover accidents and problems with my phone.