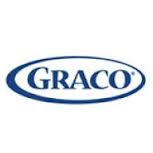 In February 2014, Graco issued a recall of 3.7 million forward-facing toddler seats due to alleged defects with the buckles, which could become so plugged up with food, juice, formula or vomit that they won't open, according to Long's complaint. According to court documents, the defective buckles may become stuck in the latched position, making it harder to pull a child out of the car. In July, Graco added a further 1.9 million car seats to the recall.

The National Highway Transportation Safety Agency published a series of reports on the defective car seats at the time of the February recall, and stated that it had been investigating the belt buckles since 2012. Among the problems the Agency encountered during testing were that the buckles would become impenetrable and parents would have to pick up the child and the seat, which together could weigh over 70 pounds, to lift it out of the car in the event of an emergency.