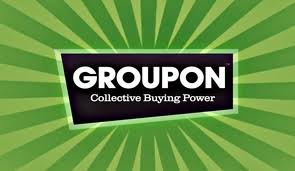 New York, NY:A securities class action lawsuit has been filed in the United States District Court for the Northern District of Illinois on behalf of purchasers of Groupon, Inc. ("Groupon") common stock between May 14, 2012 and November 8, 2012, inclusive (the "Class Period").

The lawsuit alleges Groupon and certain of its officers and directors violated the Securities Exchange Act of 1934. The complaint claims Groupon issued materially false and misleading statements which led to an inflated stock price during the Class Period.

On November 8, 2012, Groupon issued a press release disclosing its third quarter 2012 earnings results, announcing disappointing revenue results for the third quarter and lowered revenue guidance for the fourth quarter of 2012. In a conference call, management recognized that the company's lower margin Groupon Goods business would be a more important part of its revenues. As a result of this news, Groupon stock fell $1.16 per share to close at $2.76 per share on November 9, 2012, a one-day drop of 29.59%.

If you have suffered from financial losses, you may qualify for damages or remedies that may be awarded in a possible Groupon Inc, securities class action lawsuit. Please fill in our form on the right to submit your complaint for a free evaluation.

Posted by
michael david walker
on May 28, 2017
what's the status on the hearing? haven't heard anything for a long time now.