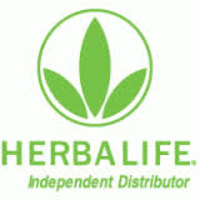 Miami, FL: Herbalife is facing a potential consumer fraud class action lawsuit alleging it operates as a pyramid scheme to bait consumers with the "promise of riches." The lawsuit, filed in Miami by eight former Herbalife distributors, also names 44 top Herbalife distributors as defendants.
The allegations centre on Herbalife’s “Circle of Success” event cycle. These events allegedly consist of a series of expensive seminars held across the US. The seminars are allegedly a sale tool used by Herbalife representatives and inner circle top distributors, to create enthusiasm among the network's hundreds of thousands of members and to convince them that success depends on attending as many of the “Circle of Success” events as possible.

According to the complaint, these events are systematic and scripted in nature, divided into separate tiers of semi-local Success Training Seminars, semi-annual Leadership Development Weekends, and “Extravaganza” and “January Spectacular” events run by Herbalife itself.

Attendees are frequently required to travel in order to attend the events, for which ticket prices range between $30 and $200 per person. Further, once at the events, attendees are incentivized to make thousands of dollars in product purchases to achieve VIP status and other perks.

“With these acts, defendants have collectively persuaded hundreds of thousands of victims to invest substantial sums into attending events which are held out as the secret to becoming financially successful in a fraudulent scheme to which defendants know financial success is not possible,” the lawsuit states.

The lawsuit alleges violations of the federal Racketeer Influenced and Corrupt Organizations (RICO) Act for conducting a racketeering enterprise, for deceptive and unfair trade practices under the Florida Deceptive and Unfair Trade Practices Act and for unjust enrichment and negligent misrepresentation.

The lawsuit also claims separate violations of wire fraud, stating that the defendants' acts of wire fraud are related because they share the same or similar purpose and target the same victims and have the same result: “hundreds of millions of dollars flowing from the plaintiff class into the coffers of Herbalife and its top few President's Team distributors.”

The lawsuit is seeking certification of a class consisting of all people who purchased tickets and attended at least two “Circle of Success” events from 2009 to the present “in pursuit of Herbalife's business opportunity.” The lawsuit states that this could involve hundreds of thousands plaintiffs.

Named plaintiffs Jeff and Patricia Rodgers, Michael and Jennifer Lavigne, Cody Pyle, Jennifer Ribalta, and Izaar and Felix Valdez, describe their losses as ranging from a few thousand dollars to over $100,000.

Posted by
Dennis A Hammond
on July 10, 2019
I was in that pyramid scheme paid money I did not have trying to get rich. Please add me.
Posted by
Princess Harper
on January 12, 2019
attend two meetings, purchased product to use and sell